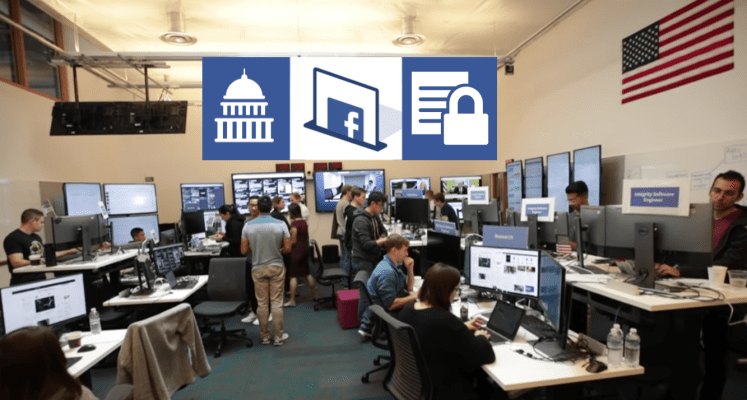 Facebook’s election war room monitors and dashboards remain, since so does the threat of election interference. Facebook has confirmed to TechCrunch that its election war room that it paraded reporters through in October has not been disbanded and will be used again for future elections. That directly contradicts a report from Bloomberg today about the war room that claimed “it’s been disbanded,” citing confirmation from a Facebook spokesperson. That article has not received a formal correction or update, despite the Facebook’s VP of product for election security Guy Rosen tweeting to Bloomberg’s Sarah Friar that “The war room was effective and we’re not disbanding it, we’re going to do more things like this.”

“Our war room effort is focused specifically on elections-related issues and is designed to rapidly respond to threats such as voter suppression efforts and civic-related misinformation. It was an effective effort during the recent U.S. and Brazil elections, and we are planning to expand the effort going forward for elections around the globe,” a Facebook spokesperson tells TechCrunch. It seems there was a miscommunication between Facebook PR and Bloomberg.

Facebook created the war room at its Menlo Park HQ to monitor for election-related violations of its policies ahead of the Brazilian presidential race and the U.S. midterms. The room features screens visualizing the volume of foreign political content and voter suppressions efforts to a team of high-ranking teammates from Facebook, Instagram and WhatsApp. The goal was to speed up response times to sudden spikes in misinformation about candidates or how to vote, so as to prevent the company from being caught flat-footed as it was in the 2016 presidential election, when Russian agents pumped propaganda into the social network.

Facebook tells me that the way the war room works is that a few weeks before key elections, it’s staffed up. Interdisciplinary teams work through election day to identify and respond to threats. After an election concludes, staffers return to their teams where they continue 24/7 monitoring for policy-violating activity across the board. That’s because there’s typically much fewer voter suppression attempts and other surges of propaganda when elections are still many months or years away.

But when future key elections arise, the war room will buzz with activity again. The company plans to invest more in the effort, as it succeeded in enhancing coordination between Facebook’s security teams. A spokesperson tells me that while the room might move locations to allow more space or be closer to a specific product group, the war room strategy remains. 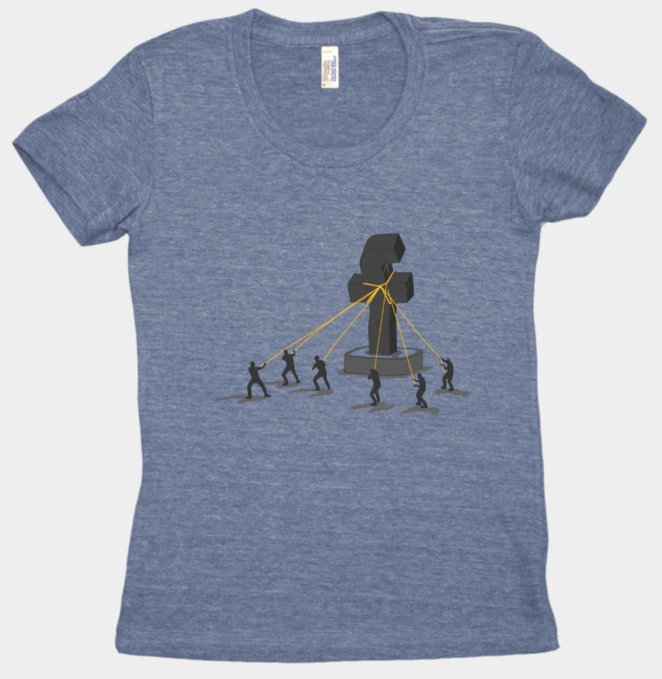 The Verge sells an anti-Facebook t-shirt

“The war room will be operational ahead of major events, and it still stands. It was effective for our work in both the Brazil and US elections which is why it’s going to be expanded, not disbanded,” Rosen tweeted. “Bottom line is the war room we built originally for the US midterms and for Brazil was effective. Going forward we’re expanding not disbanding the effort.”

Bloomberg had reported that “Facebook says [the war room] was never intended to be permanent, and the company is still assessing what is needed for future elections. The strategic response team is a more-permanent solution to crisis problems, a Facebook spokesperson said.” Rosen’s comment that “the headline is incorrect” referred to news aggregator Techmeme’s manually re-written headline “Facebook disbands its widely publicized ‘War Room’, says it wasn’t a permanent solution, touts Strategic Response Team as its way to handle future crises,” not Bloomberg’s headline “Facebook’s Sheryl Sandberg Is Tainted by Crisis After Crisis.”

The original Bloomberg story had caused such a stir because it came merely five weeks after Facebook had lured scores of reporters to “tour” the war room, shoot video and report on it. The company was eager to impress on the public that it was taking election security seriously and fighting hard against misinformation. The PR campaign succeeded, with the “war room” name proving especially tantalizing. The words appeared in headlines from many outlets, including TechCrunch.

The whole situation has made the Facebook press corps more cynical and skeptical about how the company tries to manipulate their coverage. The idea that Facebook might have just made the war room for show and since shut it down left many with a sour taste, even if that didn’t end up being true. That feeling was only fueled by The New York Times’ report about how Facebook hired opposition research firm Definers, whose employees tried to seed stories with journalists that defamed the social network’s critics, and wrote their own biased takes for Definers-affiliated publication NTK Network.

It’s clear that Facebook’s relationship with the press remains contentious. Some believe Facebook sucked ad dollars away from news sites before dialing down its referral traffic to those sites, possibly leaving outlets with a grudge. The Verge currently sells an anti-Facebook t-shirt in its merchandise store, showing protestors toppling its logo like a dictator’s statue. But Facebook does plenty to deserve the tough criticism, from failing to protect the 2016 elections, to its ruthless PR strategies, to how it’s allowed polarizing and sensational content to flourish, to how its growth hacking seeks to devour our attention.

As long as the “days since the last Facebook scandal” counter keeps getting reset to zero, it will remain in the hot seat. The systemic change necessary to put society’s well-being above its own growth may take years of rehiring, training and a fundamental rethinking of its engagement-seeking business model.

Report: Stripe tried to raise more funding at a $55B-$60B valuation
ISC Releases Security Patches for New BIND DNS Software Vulnerabilities
Stripe eyes an exit, Dell bets on the cloud, and Shutterstock embraces generative AI
Gootkit Malware Continues to Evolve with New Components and Obfuscations
Are you in control of your personal data? – Week in security with Tony Anscombe