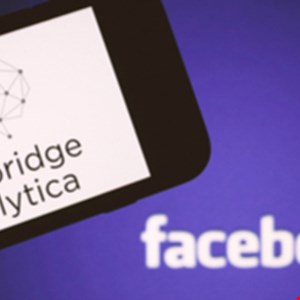 Facebook has again made headlines after the UK Parliament leveraged its legal right to demand documents alleged to include confidential email exchanges between top executives, as well as correspondences with CEO Mark Zuckerberg, according to The Guardian.

The documents are believed to contain the details of Facebook’s data and privacy controls prior to the Cambridge Analytica scandal.

While Ted Kramer, co-founder of US software company Six4Three, was in London on a business trip, Damian Collins, chair of the culture, media and sport select committee, reportedly sent a sergeant-at-arms to Kramer’s hotel room and demanded that he turn over the documents, invoking a rarely used but legal mechanism, which Collins himself called unprecedented.

“That the UK Parliament would go to the lengths it did recently to acquire this information about Facebook’s level of involvement in the Cambridge Analytica scandal speaks volumes about how potentially devastating these findings could be for every party involved,” said Nathan Wenzler, senior director of cybersecurity at Moss Adams.

“If it is determined that Facebook executives not only knew what was happening but actively supported the privacy policy loopholes that allowed Cambridge Analytica to collect user data in the first place, this would be the most egregious abuse of user privacy that we’ve yet seen.”

Facebook’s Richard Allan, VP of policy solutions, is due to appear before Parliament on Tuesday. In a letter to Collins and shared with Infosecurity Magazine, Allan wrote:

As you know, these documents date from 2013-14 and were disclosed as part of a proceeding brought by Six4Three against Facebook, and are under seal by Court order (as is common practice in US proceedings of this nature). The court that sealed the documents is due to consider these latest developments as early as tomorrow. It will be helpful for all of us to see Six4Three’s explanation and any directions given by the judge in this case as we consider their legal status.

This case has become a matter of public debate and it is important that participants in this debate understand its context.

The app that had been developed by Six4Three was designed to surface images of women in bikinis that had been shared by friends. It received some press attention (New ‘Pikinis’ App Helps Creeps Find Your Bikini Pics With Ease (https://jezebel.com/new-pikinis-app-helps-creeps-find-your-bikini-pics-with-479775602)) when it was launched. We understand that around 4,500 people installed the app.

Since then, the company has filed multiple complaints against Facebook. We consider these to be entirely without merit and that the repeated filings demonstrate that this is more about attacking our company than it is about a credible legal claim. While plaintiffs are free to file any complaint they wish to, however far-fetched, it is important not to take claims made in commercial cases like these at face value.