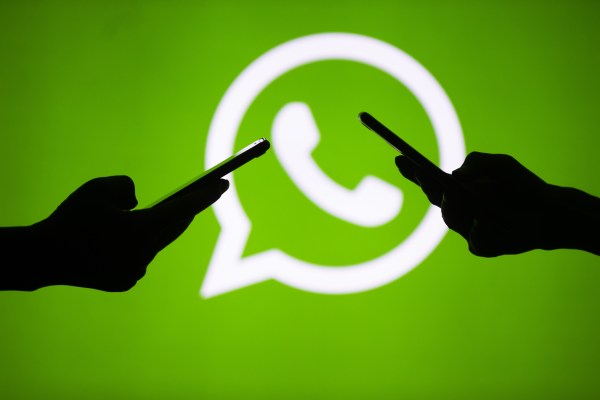 Roughly one year after WhatsApp co-founder Brian Acton made his highly-publicized exit from Facebook, another executive and early employee of the messaging platform is doing the same. Neeraj Arora, WhatsApp’s chief business officer, announced today that he would be “taking some time off to recharge and spend time with family.”

Facebook acquired WhatsApp for $19 billion in 2014 and pledged to allow the messaging giant to continue to operate independently under Acton and co-founder Jan Koum, who served as its chief executive officer until abruptly quitting over privacy and data concerns in April. Arora, who joined WhatsApp in 2011 from Google, was rumored to be the frontrunner to replace Koum as CEO. With him out the door, it’s unclear who will be tapped to lead WhatsApp .

In today’s announcement, Arora said he was “deeply indebted” to both Acton and Koum, “who entrusted me to be their business companion for so many years.”

Facebook subsidiaries WhatsApp and Instagram are both in periods of flux following the exits of their original founders, which are believed to be caused by quarrels with the social media giant’s CEO Mark Zuckerberg .

In what was one of the largest tech stories of 2018, Instagram co-founders Kevin Systrom and Mike Krieger announced they were leaving Facebook years after the company acquired their photo-sharing app for $1 billion. They shared the news in September, just a few months after Koum stepped down from WhatsApp.

At the time, Koum reportedly wrote in a since-removed WhatsApp blog post that Zuckerberg and Facebook no longer had respect for privacy: “These days companies know literally everything about you, your friends, your interests, and they use it all to sell ads. At every company that sells ads, a significant portion of their engineering team spends they day tuning data mining, writing better code to collect your personal data… remember, when advertising is involved, you the user are the product.”

Instagram’s Systrom and Zuckerberg also had their occasional spat. according to The New York Times, Zuckerberg, over the course of the last year, began to assert more and more control over Instagram, upsetting its leaders.

On Koum’s exit, Zuck had this to say: “I will miss working so closely with you. I’m grateful for everything you’ve done to help connect the world, and for everything you’ve taught me, including about encryption and its ability to take power from centralized systems and put it back in people’s hands. Those values will always be at the heart of WhatsApp.”

Arora’s exit is further evidence that Facebook has entered a new era, one in which the company’s acquisition strategy may be in serious danger of long-term damage.