YouTube today is launching lower-cost subscription plans for students who want to enjoy an ad-free version of YouTube or its music streaming service, YouTube Music. The new plans are the first significant changes to YouTube’s music subscription program since its launch last year. At that time, YouTube had also rebranded its ad-free YouTube Red subscription as YouTube Premium.

YouTube is also running a special promotion which offers YouTube Premium for $5.99 per month if students sign up by January 31, 2019. This price will be good for the entire duration of their student membership up to four years, says YouTube. 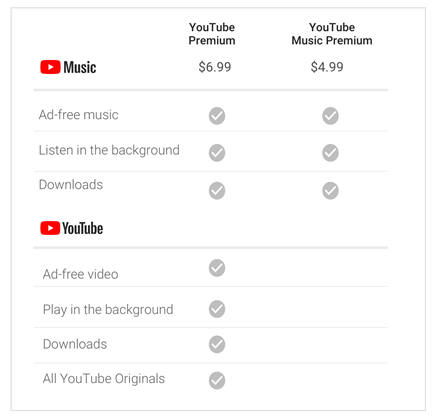 YouTube Music Premium competes with Spotify Premium, Apple Music, Pandora Premium, and others, as it offers a way to stream tracks on demand, browse playlists, get personalized recommendations, play artist radio stations, and more. But it also caters to those who want a video component to their music listening experience. And it provides access to remixes, covers, live versions, and deep cuts that aren’t available elsewhere.

In addition to the removal of ads, the paid subscription to the music service includes support for background listening and offline access through a downloads feature, like its rivals. 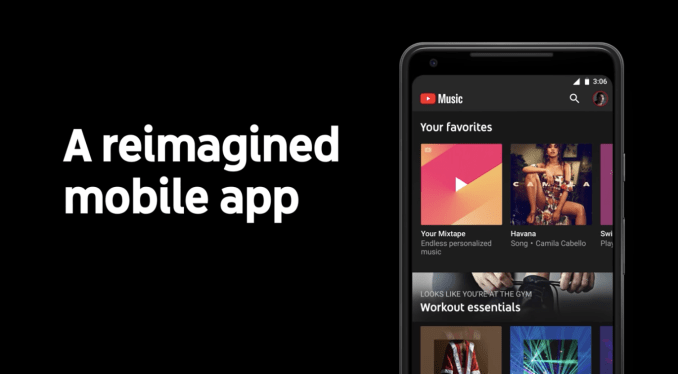 It’s not unusual for streaming services to go after students with discounted pricing. Getting younger users addicted to a particular service early on can be a valuable long-term strategy – especially on apps which customize themselves to your likes and interests over time. That makes it more difficult to switch to a competitor at a later date, as you’d lose your personalized playlists and new music suggestions.

Apple Music also introduced its own student plans in 2016, similarly discounting its subscription by 50 percent.

These moves have likely paid off in terms of growth among the young adult demographic. Spotify’s Premium Subscribers grew to 83 million in Q2 2018, while Apple Music passed the 50 million subscriber mark this fall.

By comparison, YouTube proper is far larger with 1.8 billion logged-in monthly users, but the company hasn’t shared how many of those are paying subscribers to either YouTube Premium or YouTube Music Premium. However, as YouTube Red, the service had only reached 1.5 million subscribers within its first year.

YouTube says full-time students at an accredited college or university in the U.S. can take advantage of the new student pricing. Those discounts will roll out to users in other countries later in the future. The service doesn’t require an @edu email, so students can keep the account when they graduate.