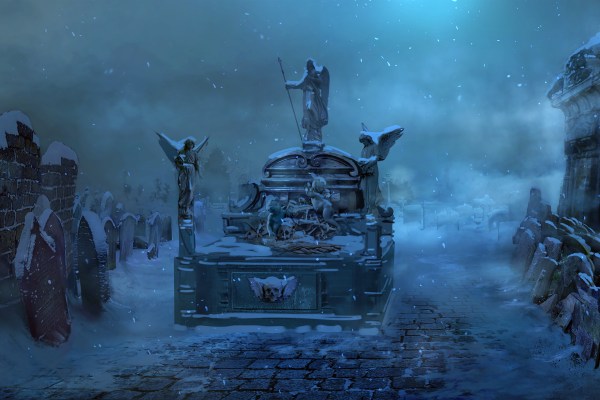 Using the timeworn and trusty narrative of Charles Dickens’ A Christmas Carol as its platform, MWM Immersive, a division of Madison Wells Media, is finally taking location-based virtual reality to its logical conclusion and merging it with an immersive theater experience.

The new production is premiering at experiential studio GreatCo on Friday and will run through January 6, 2019. It include a full Victorian-era set in which one audience member at a time is fitted with a virtual reality headset by a professional actor. The individual audience experience is designed for the viewer to interact the entire time with live actors and objects.

Co-produced by MWM and the virtual reality studio Here Be Dragons, the Chained experience was created and directed by Justin Denton, who was also responsible for the immersive Legion experience that debuted at San Diego Comic Con in 2017. The executive producer for the project was MWM Immersive’s Ethan Stearns, who was the shepherd behind Carne y Arena the Academy Award-winning virtual reality project from the famed Mexican director Alejandro González Iñárritu.

“By combining the best of VR and immersive theater, Chained surpasses the limitations of each medium and lets the audience see, converse with, and even touch the impossible,” said Justin Denton, in a statement. “I grew up with Charles Dickens’ A Christmas Carol but in my mind’s eye I always imagined the spirits of Christmas Past, Present, and Future as much darker and more intense than most adaptations. Audiences will walk away from Chained as though they have just awoken from a dark and beautiful fever dream full of self discovery, fascination, fear, and wonder.”

Tickets, which cost $40, are available for purchase at Eventbrite.com and the company is planning to bring the experience to more cities after its initial run through January.

Combining immersive theater with virtual reality has long felt (at least to me) like the best use case for the technology. Unlike a cinematic experience, immersive theater benefits from movement in an established environment and interaction with a cast in real time. A production like “Sleep No More” would obviously lend itself to an enhanced experience in virtual reality and if this is successful, the MWM Interactive experiment could become a road map for increasing and encouraging the technology’s adoption among a broader base of users.

It’s a great gateway to the best use cases for virtual reality and something that more companies will likely pursue.