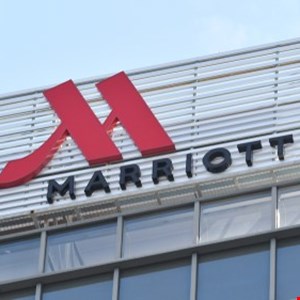 In an online statement, the company said: “On September 8, 2018, Marriott received an alert from an internal security tool regarding an attempt to access the Starwood guest reservation database. Marriott quickly engaged leading security experts to help determine what occurred.

“Marriott learned during the investigation that there had been unauthorized access to the Starwood network since 2014. Marriott recently discovered that an unauthorized party had copied and encrypted information, and took steps towards removing it. On November 19, 2018, Marriott was able to decrypt the information and determined that the contents were from the Starwood guest reservation database.

“Marriott has not finished identifying duplicate information in the database, but believes it contains information on up to approximately 500 million guests who made a reservation at a Starwood property.”

“Marriott deeply regrets this incident happened,” the company added. “From the start, we moved quickly to contain the incident and conduct a thorough investigation with the assistance of leading security experts. Marriott is working hard to ensure our guests have answers to questions about their personal information with a dedicated website and call center. We are supporting the efforts of law enforcement and working with leading security experts to improve. Marriott is also devoting the resources necessary to phase out Starwood systems and accelerate the ongoing security enhancements to our network.”

Javvad Malik, security advocate at AlienVault, said: “This seems like a particularly big breach, not just because of the number of records taken, but also the details that were contained within. It appears as if detection capabilities were not adequate, taking several weeks to notice the breach and extraction of records. It is good that the credit card database was encrypted, but if, according to the company, the attackers were able to take the decryption key, then it was of no use. The digital equivalent of leaving the key for the front door under the mat.”

Jake Moore, cybersecurity expert at ESET UK, advised victims of the breach to keep a watchful eye on where their data may end up.

“Be alert to the idea that hackers may well target you for the final few pieces of information that they couldn’t get hold, perhaps in follow-up phishing emails, in an attempt to take over your identity in the coming days – if they haven’t done so already in the past,” he said. “This is particularly something to be mindful of if you visited one of the effected hotels on business and may not necessarily remember which hotels you visited.”