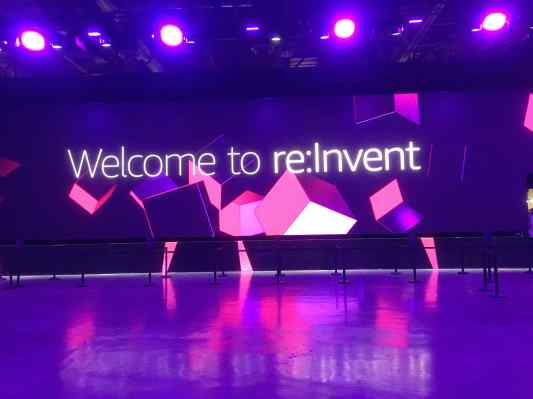 AWS, once a nice little side hustle for Amazon’s eCommerce business, has grown over the years into a behemoth that’s on a $27 billion run rate, one that’s still growing at around 45 percent a year. That’s a highly successful business by any measure, but as I listened to AWS executives last week at their AWS re:Invent conference in Las Vegas, I didn’t hear a group that was content to sit still and let the growth speak for itself. Instead, I heard one that wants to dominate every area of enterprise computing.

Whether it was hardware like the new Inferentia chip and Outposts, the new on-prem servers or blockchain and a base station service for satellites, if AWS saw an opportunity they were not ceding an inch to anyone.

Last year, AWS announced an astonishing1400 new features, and word was that they are on pace to exceed that this year. They get a lot of credit for not resting on their laurels and continuing to innovate like a much smaller company, even as they own gobs of marketshare.

The feature inflation probably can’t go on forever, but for now at least they show no signs of slowing down, as the announcements came at a furious pace once again. While they will tell you that every decision they make is about meeting customer needs, it’s clear that some of these announcements were also about answering competitive pressure.

In the past, AWS kept criticism of competitors to a minimum maybe giving a little jab to Oracle, but this year they seemed to ratchet it up. In their keynotes, AWS CEO Andy Jassy and Amazon CTO Werner Vogels continually flogged Oracle, a competitor in the database market, but hardly a major threat as a cloud company right now.

They went right for Oracle’s market though with a new on prem system called Outposts, which allows AWS customers to operate on prem and in the cloud using a single AWS control panel or one from VMware if customers prefer. That is the kind of cloud vision that Larry Ellison might have put forth, but Jassy didn’t necessarily see it as going after Oracle or anyone else. “I don’t see Outposts as a shot across the bow of anyone. If you look at what we are doing, it’s very much informed by customers,” he told reporters at a press conference last week.

Google wasn’t spared either when launching Inferentia and Elastic Inference, which put Google on notice that AWS wasn’t going to yield the AI market to Google’s TPU infrastructure. All of these tools and much more were about more than answering customer demand, they were about putting the competition on notice in every aspect of enterprise computing.

The cloud market is continuing to grow at a dramatic pace, and as market leader, AWS has been able to take advantage of its market dominance to this point. Patrick Moorhead, founder and principal analyst at Moor Insights & Strategy says that AWS has been using its market position to keep expanding into different areas.

“AWS has the scale right now to do many things others cannot, particularly lesser players like Google Cloud Platform and Oracle Cloud. They are trying to make a point with the thousands of new products and features they bring out. This serves as a disincentive longer-term for other players, and I believe will result in a shakeout,” he told TechCrunch.

As for the frenetic pace of innovation, Moorhead believes it can’t go on forever. “To me, the question is, when do we reach a point where 95% of the needs are met, and the innovation rate isn’t required. Every market, literally every market, reaches a point where this happens, so it’s not a matter of if but when,” he said.

Certainly areas like the AWS Ground Station announcement, showed that AWS was willing to expand beyond the conventional confines of enterprise computing and into outer space to help companies process satellite data. This ability to think beyond traditional uses of cloud computing resources shows a level of creativity that suggests there could be other untapped markets for AWS that we haven’t yet imagined.