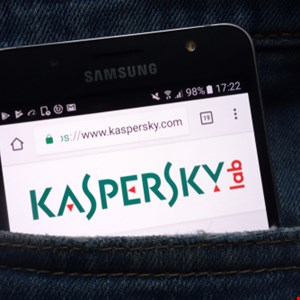 Eugene Kaspersky has vowed that his firm will continue its mission to protect global organizations after a US court threw out its appeal to have a ban on federal use of its products overturned.

On Friday, a US Court of Appeals for the District of Colombia Circuit upheld a district court ruling that the September 2017 Binding Operative Directive (BOD 17-01) and the Congressional National Defense Authorization Act (NDAA) do not violate the constitution.

Kaspersky Lab had argued in court that they violate the Fifth Amendment by interfering with due process.

Russian intelligence is said to have used Kaspersky Lab products to spy on top secret US government programs, but the firm has always denied any collusion.

Kaspersky himself was sanguine about the outcome.

“The DC Circuit Court’s decision is disappointing, but the events of the past year that culminated in this decision were almost expected, and not just by our company, but by the cybersecurity industry in general,” he wrote in a blog post.

“We’re sure that the issues involved in our litigation go far beyond technical aspects of US constitutional law; they include real-world problems concerning everyone: a progression of protectionism and balkanization in a world of understated cyber-rivalry and highly sophisticated international cyber threats.”

The Moscow-headquartered firm had launched a Global Transparency Initiative in an attempt to restore trust with customers. This includes three new Transparency Centers in the US, APAC and Europe, where trusted partners can access reviews of the company’s code, software updates, threat detection rules and more.

The first such center was recently opened in Switzerland.

“We’re addressing customers’ concerns by ensuring that our own operations are transparent and trustworthy with a respected firm auditing our engineering practices and secure development processes,” explained Kaspersky.

“We constantly aim to be a part of the solution as the cyber threat landscape evolves. Regardless of whether we decide to pursue further legal action in response to today’s decision from the DC Circuit Court, we’ll remain committed to providing the best cybersecurity solutions for our customers globally and saving the world from cyber threats.”