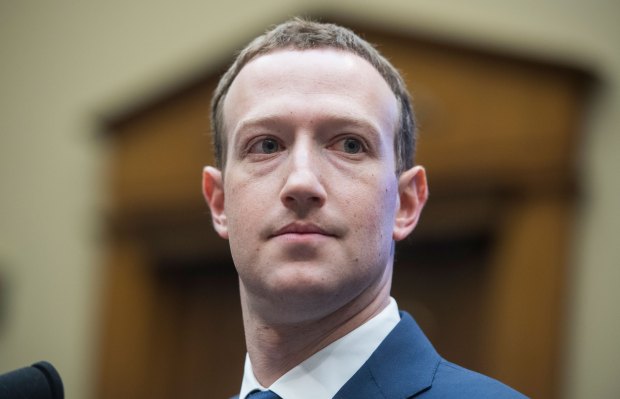 A UK parliamentary committee has published the cache of Facebook documents it dramatically seized last week.

The documents were obtained by a legal discovery process by a startup that’s suing the social network in a California court in a case related to Facebook changing data access permissions back in 2014/15.

The court had sealed the documents but the DCMS committee used rarely deployed parliamentary powers to obtain them from the Six4Three founder, during a business trip to London.

You can read the redacted documents here — all 250 pages of them.

The committee has been investigating online disinformation and election interference for the best part of this year, and has been repeatedly frustrated in its attempts to extract answers from Facebook.

But it is protected by parliamentary privilege — hence it’s now published the Six4Three files, having waited a week in order to redact certain pieces of personal information.

Committee chair Damian Collins has included a summary of key issues, as the committee sees them after reviewing the documents, in which he draws attention to six issues.

Here is his summary of the key issues:

The publication of the files comes at an awkward moment for Facebook — which remains on the back foot after a string of data and security scandals, and has just announced a major policy change — ending a long-running ban on apps copying its own platform features.

Albeit the timing of Facebook’s policy shift announcement hardly looks incidental — given Collins said last week the committee would publish the files this week.

The policy in question has been used by Facebook to close down competitors in the past, such as — two years ago — when it cut off style transfer app Prisma’s access to its live-streaming Live API when the startup tried to launch a livestreaming art filter (Facebook subsequently launched its own style transfer filters for Live).

In one email dated January 24, 2013, a Facebook staffer, Justin Osofsky, discusses Twitter’s launch of its short video clip app, Vine, and says Facebook’s response will be to close off its API access.

“As part of their NUX, you can find friends via FB. Unless anyone raises objections, we will shut down their friends API access today. We’ve prepared reactive PR, and I will let Jana know our decision,” he writes.

Osofsky’s email is followed by what looks like a big thumbs up from Zuckerberg, who replies: “Yup, go for it.”

Also of concern on the competition front is Facebook’s use of a VPN startup it acquired, Onavo, to gather intelligence on competing apps — either for acquisition purposes or to target as a threat to its business.

The files show various Onavo industry charts detailing reach and usage of mobile apps and social networks — with each of these graphs stamped ‘highly confidential’.

Facebook bought Onavo back in October 2013. Shortly after it shelled out $19BN to acquire rival messaging app WhatsApp — which one Onavo chart in the cache indicates was beasting Facebook on mobile, accounting for well over double the daily message sends at that time.

The files also spotlight several issues of concern relating to privacy and data protection law, with internal documents raising fresh questions over how or even whether (in the case of Facebook’s whitelisting agreements with certain developers) it obtained consent from users to process their personal data.

The company is already facing a number of privacy complaints under the EU’s GDPR framework over its use of ‘forced consent‘, given that it does not offer users an opt-out from targeted advertising.

But the Six4Three files look set to pour fresh fuel on the consent fire.

Earlier this year Facebook was forced to deny that it collects calls and SMS data from users of its Android apps without permission. But, as we wrote at the time, it had used privacy-hostile design tricks to sneak expansive data-gobbling permissions past users. So, put simple, people clicked ‘agree’ without knowing exactly what they were agreeing to.

The Six4Three files back up the notion that Facebook was intentionally trying to mislead users.

In one email dated November 15, 2013, from Matt Scutari, manager privacy and public policy, suggests ways to prevent users from choosing to set a higher level of privacy protection, writing: “Matt is providing policy feedback on a Mark Z request that Product explore the possibility of making the Only Me audience setting unsticky. The goal of this change would be to help users avoid inadvertently posting to the Only Me audience. We are encouraging Product to explore other alternatives, such as more aggressive user education or removing stickiness for all audience settings.”

Another awkward trust issue for Facebook the documents could stir up afresh related to its repeat claim — including under questioning from lawmakers — that it does not sell user data.

In one email from the cache — sent by Mark Zuckerberg, dated October 7, 2012 — the Facebook founder appears to be entertaining the idea of charging developers for “reading anything, including friends”.

Yet earlier this year, when he was asked by a US lawmaker how Facebook makes money, Zuckerberg replied: “Senator, we sell ads.”

He did not include a caveat that he had apparently personally entertained the idea of liberally selling access to user data.

Responding to the publication of the Six4Three documents, a Facebook spokesperson told us:

As we’ve said many times, the documents Six4Three gathered for their baseless case are only part of the story and are presented in a way that is very misleading without additional context. We stand by the platform changes we made in 2015 to stop a person from sharing their friends’ data with developers. Like any business, we had many of internal conversations about the various ways we could build a sustainable business model for our platform. But the facts are clear: we’ve never sold people’s data.

Zuckerberg has repeatedly refused to testify in person to the DCMS committee.

At its last public hearing — which was held in the form of a grand committee comprising representatives from nine international parliaments, all with burning questions for Facebook — the company sent its policy VP, Richard Allan, leaving an empty chair where Zuckerberg’s bum should be.