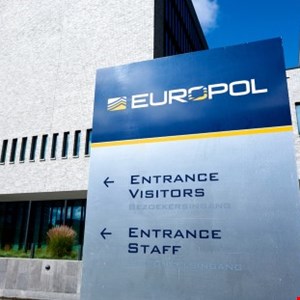 Europol is celebrating after a major crackdown on online buyers of counterfeit money which has seen hundreds detained.

The police group claimed its latest operation stemmed from an arrest of a print shop owner in Austria in June this year.

The man was found to have been making counterfeit 10, 20, and 50 euro banknotes and selling them via several dark web marketplaces.

However, he’d failed to keep key information hidden from the investigating officers, meaning they were able to identify the email addresses of the buyers, who had purchased an estimated 10,000 banknotes.

A subsequent operation took place beginning November 19, with the majority of arrests made between December 3-6, according to Europol.

Nearly 300 houses were searched in 13 countries, with 235 suspects detained.

“When you engage in illegal activity online, be prepared to have police knocking on your door sooner or later. Europol will continue to assist member states in their efforts of protecting the euro against counterfeiting, both in the real world as in the virtual one.”

The news follows an announcement last month that Europol had managed to shut down more than 33,000 websites selling counterfeit and stolen products, including pharmaceuticals, TV shows and electronics.

Police were also able to arrest 12 suspects and freeze over €1m in several bank accounts.

Despite van Gemert’s assertion, however, it is usually traditional police work offline that enables them to disrupt dark web traders. The vast majority remain at large and the marketplaces themselves up and running.