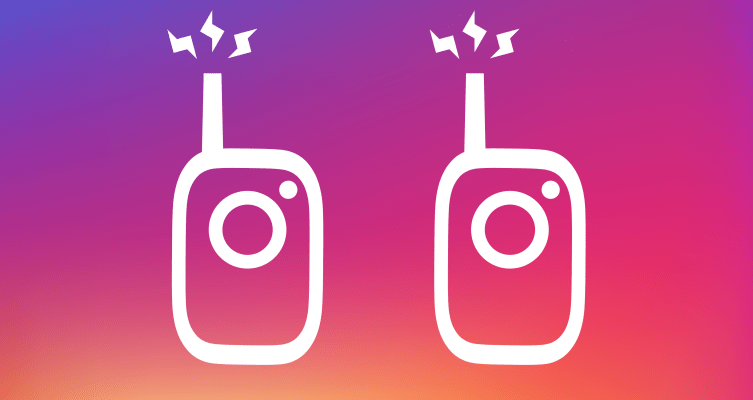 You’d think Facebook would be faster at copying itself. Five years after Facebook Messenger took a cue from WhatsApp and Voxer to launch voice messaging, and four months after TechCrunch reported Instagram was testing its own walkie talkie feature, voice messaging is rolling out globally on Instagram Direct today.

Users can hold down the microphone button to record a short voice message that appears in the chat as an audio wave form that recipients can then listen to at their leisure.  Voice messages are up to one-minute long, stay permanently listenable rather than disappearing, and work in one-on-one and group chats on iOS and Android. The feature offers an off-camera asynchronous alternative to the video calling feature Instagram released in June.

Hands-free Direct messaging could make Instagram a more appealing chat app for drivers, people on the move with their hands full, or users in the developing world who want a more intimate connection without having to pay for the data for long audio or video calls. It could also be a win for users in countries with less popular languages or ones that aren’t easily compatible with smartphone keyboards, as they could talk to friends instead of typing. 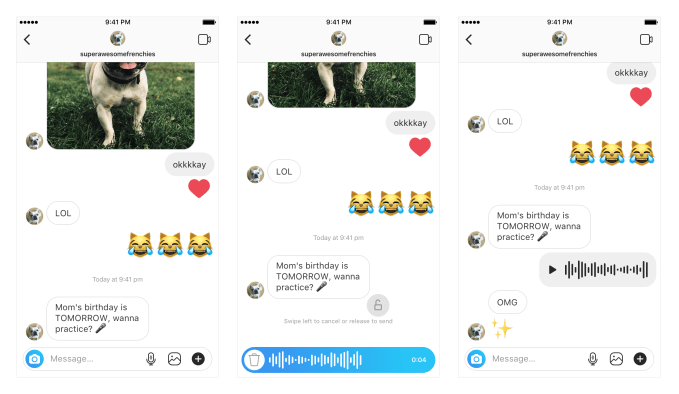 The launch deepens Facebook’s entry into the voice market. From its first voice messaging and VOIP features back in 2013 to its new voice control system Aloha that works on its recently launched Portal video chat screen, Facebook has long taken an interest in the accessibility of voice but only got serious about building it across its products in 2018. Along with Instagram video calling, today launch raises the question of whether Portal and Instagram will team up. That could make Portal more useful…but also risks making Instagram less cool by tightening its ties to Facebook.