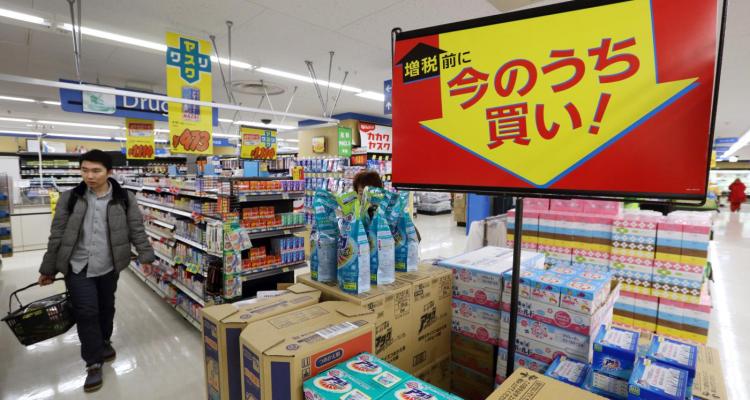 Walmart is continuing its strategy of revamping its businesses in Asia after the U.S. retail giant opened its first e-commerce store in Japan, where it is working with local retail giant Rakuten.

The companies first announced a collaboration in January when they agreed to team up on the launch of an online grocery service in Japan and the sale of e-readers, audiobooks and e-books from Rakuten-owned Kobo in the U.S. That e-grocery service — Rakuten Seiyu Netsuper — rolled out in October, and now the duo have launched the Walmart Rakuten Ichiba Store to help Walmart grab a slice of Japan’s e-commerce market, which is estimated to be worth 16.5 trillion yen ($148 billion) per year.

The store, which sits on Rakuten Ichiba — Japan’s largest e-commerce store — will cover 1,200 “U.S. branded” products that include clothing, outdoor items and kids toys. Walmart will fulfill orders in the U.S. and they will be sent by air to Japan where Rakuten will use its e-commerce smarts to deliver them. There’s no word on how long the process will take, but it will include shipping cost, duties and taxes in the final price.

The move is an interesting one for Walmart, which has struggled in Japan for some time.

Earlier this year, the company was forced to deny rumors that it was in the process of offloading its Seiyu GK unit, a business it acquired in full in 2007 which operates its Japan-based supermarkets. A sale may not be happening (yet) but Walmart has shuttered some 100 Seiyu stores, according to CNBC, which shows that it isn’t performing as expected in the country.

Partnering with Rakuten, the $10 billion e-commerce giant that also covers financial services, travel, mobile and more, is a smart way to take a bite out of Japan’s online market with risk or exposure. Though it does have its limits. Amazon, Walmart’s big domestic rival, is taking on Rakuten directly, by contrast, and seeing some success albeit at a high cost of investment.

The partnership approach isn’t new for Walmart in Asia.

The partner of choice in China is JD.com, second to Alibaba, which acquired Walmart’s floundering Yihaodian marketplace in 2016. As part of that deal, Walmart became a retailer inside Yihaodian thus leveraging JD’s platform and logistics know-how to generate sales in China.

That relationship was deepened this year when Walmart co-led a $500 million in a grocery delivery service that’s part-owned by JD– yep right, another case of online grocery in tandem with e-commerce.

Elsewhere, Walmart decided to enter India this year when it scooped up local Amazon rival Flipkart for $16 billion, a record deal for the U.S. firm.