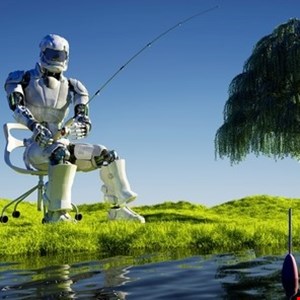 The coming year will see a mix of old and new as phishing is supercharged with AI but reported vulnerabilities continue to cause organizations problems, according to Trend Micro.

The security giant claimed in its predictions report this week that phishing will continue to grow in popularity as exploit kits fade. The number of detections of the latter has fallen from over 14.4 million in 2015 to just 261,000 today, while blocked phishing URL volumes have jumped from 8.1 million to over 210 million over the same time period.

However, attackers will be looking to make phishing even harder to detect, via new tactics such as using AI to monitor executives’ online behavior, and AI-enabled chatbots to lure users into clicking on malicious links.

Another social engineering-based attack set to hit the mainstream in 2019 is SIM-swap fraud, according to the vendor.

However, despite some relatively new tools and techniques breaking onto the scene, it is the tried-and-tested options that remain a major threat over the coming year.

These include exploitation of known vulnerabilities: 99.99% of exploit-based attacks will involve vulnerabilities for which patches have been available for weeks or even months but have not been applied, predicted Trend Micro.

Many of these will be found in OT systems like SCADA human machine interfaces, as well as newer systems like Kubernetes and other cloud software.

Hackers will also respond to the increasing use of AI by the white hats to try and stay hidden by “living off the land,” according to principal security architect, Bharat Mistry.

“By repurposing standard computing objects for reasons other than their intended purposes — such as unconventional file extensions or online storage services — the threat actor’s arsenal will evolve significantly, and enable them to intelligently camouflage within the corporate network,” he explained.

“In 2019, as cyber-criminals look to infiltrate sites under the radar, it’s imperative that enterprises implement comprehensive security solutions that are able to spot disguised profiling attempts.”

HPE issues fix to stop some SSDs from self‑destructing
WARNING: Hackers Install Secret Backdoor on Thousands of Microsoft SQL Servers
Company Launches Lockdown-Friendly Hacking Competition
Don’t get locked out of your own website – update this WordPress plugin now!
What happens when the global supply chain breaks?