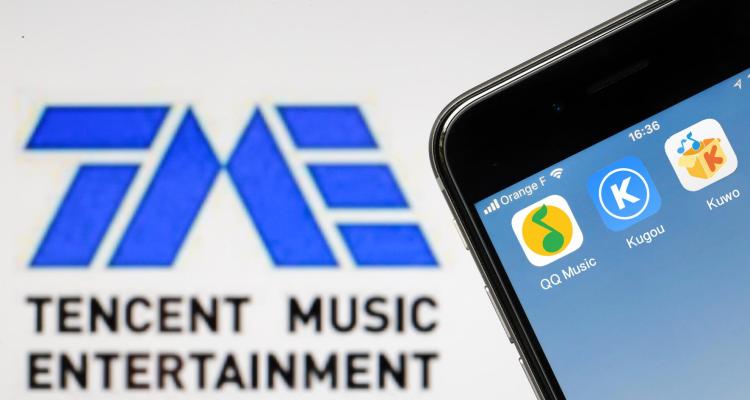 Tencent Music, China’s largest streaming company, has raised $1.1 billion in a U.S. IPO after it priced its shares at $13 a piece ahead of a listing on the Nasdaq.

That makes it one of the largest tech listings of the year, but the pricing is at the bottom end of its $13-$15 range indicating that the much-anticipated IPO has felt the effects of an uncertain market. Indeed, the company is said to have paused the listing process, which it started in early October, for a time so choppy are the waters right now — and that’s not even mentioning a shareholder-led lawsuit that was filed last week.

Still, this listing gives TME — Tencent Music Entertainment, a spin-out of Tencent — an impressive $21.3 billion valuation which is just below the $30 billion that Spotify commanded when it went public earlier this year via an unconventional direct listing. TME was valued at $12 billion at the time of Spotify’s listing in Q1 of this year so this is also a big jump. (Meanwhile, Spotify’s present market cap is around $24 billion.)

The company operates a constellation of music streaming services in China which span orthodox Spotify-style streaming as well as karaoke and live-streaming services. Altogether, TME claims 800 million registered users — although there’s likely a little creative accounting or double counting across apps involved since the Chinese government itself says there are 800 million internet users in the entire country.

Notably, though, TME is profitable. The same can’t be said for Spotify and likely Apple Music — although we don’t have financials for the latter. That’s down to the unique business model that the Chinese firm operates, with subscription and virtual goods a major driver for its businesses, while Tencent’s ubiquitous WeChat messaging app helps it reach users and gain virality.

Tidy though the numbers are, its revenues are dwarfed by those of Spotify, which grossed €1.4 billion ($1.59 billion) in sales in its last quarter. For comparison, TME did RMB 8.6 billion ($1.3 billion) in revenue for the first six months of this year.

TME executives are taking that as a sign that there’s ample scope to grow their business, although it seems unlikely that will ever be as global as Spotify. The two companies might yet collaborate in the future though, since they are both mutual shareholders via a share swap deal that concluded one year ago.

You can read more about TME in our deep dive below.

We also wrote about the lessons Western services like Spotify and Apple Music can learn from TME.