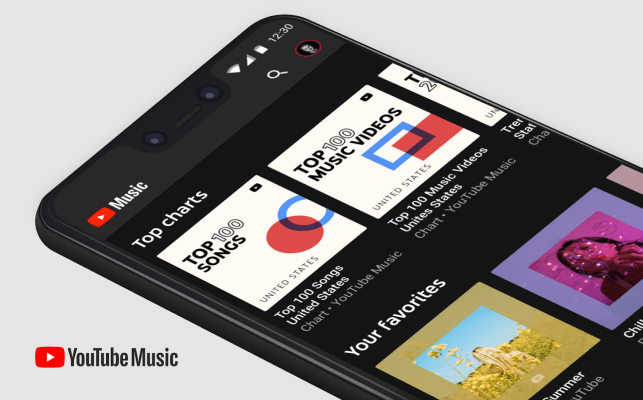 Earlier this year, Apple Music launched some of its top charts as playlist series. Today, YouTube is doing something similar. The company announced it’s making its YouTube Charts available as playlists in YouTube Music to users across the 29 markets where the music service is live. Each market will receive five of these “charts playlists” – three specific to their country, and two global lists, the company says.

This latter playlist is updated several times per day in order to offer a real-time view into current music trends in a specific country. It’s also the first “dedicated external signal of the country’s most-viewed new music on the YouTube platform,” Google explained in a blog post this afternoon.

The other Top 100 Songs and Music Video charts are calculated differently and updated less often. The Top Songs is based on the overall performance of a song on YouTube by view count, which includes counting all the official versions of a song – meaning, the official music video, the user generated content that uses the official song, and lyric videos.

The Top Songs chart is updated weekly, according to YouTube’s documentation on how the charts are calculated.

By comparison, YouTube Music’s Top Songs and Music Videos charts seem to have the potential to be staler than those on rival services. For example, when Apple announced its Top 100 Songs chart would be available both as global and local playlists, it said it would update them daily at 12 AM PT based on Apple Music streams. Spotify’s top charts are also available both as daily and weekly charts.

“The charts, currently topped globally by Ariana Grande’s “thank u, next,” are the most accurate reflection of what’s happening in music culture and based purely on the number of views from more than 1 billion global music fans on YouTube each month,” noted the post, which does speak to YouTube Music’s strength.

Apple Music and Spotify are both fighting to break into the triple-digit millions in terms of paying customers, while Spotify is nearing 200 million total actives. But YouTube has a billion-plus users to generate its data from. That’s not insignificant.

The new charts-turned-playlists are now available in the YouTube Music app. The playlists will appear on users’ home screens and be surfaced through search, says YouTube.