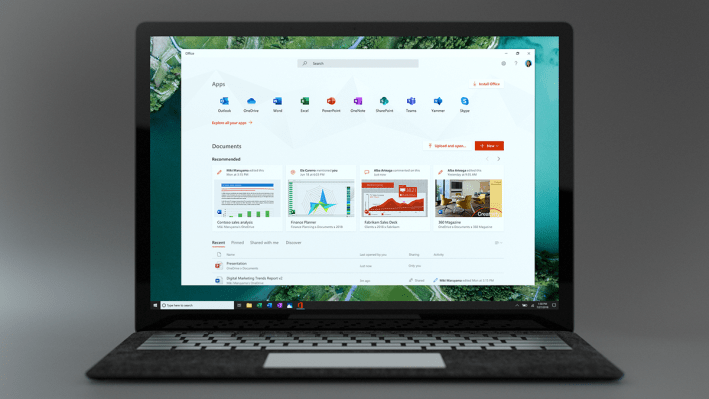 Microsoft today announced a new Office app that’s now available to Windows Insiders and that will soon roll out to all Windows 10 users. The new Office app will replace the existing My Office app (yeah, those names…). While the existing app was mostly about managing Office 365 subscriptions, the new app provides significantly more features and will essentially become the central hub for Office users to switch between apps, see their pinned documents and access other Office features.

The company notes that this launch is part of its efforts to make using Office easier and help users “get the most out of Office and getting them back into their work quickly.” For many Office users, Outlook, Word, PowerPoint and Excel are basically their central tools for getting work done, so it makes sense to give them a single app that combines all the information about their work in a single place.

Using the app, users can switch between apps, see everything they’ve been working on, as well as recommended documents based on what I assume is data from the Microsoft Graph. There’s also an integrated search feature and admins will be able to customize the app with other line of business applications and their company’s branding.

The app is free and will be available in the oft-forgotten Microsoft Store. It’ll work for all users with Office 365 subscriptions or access to Office 2019, Office 2016 or Office Online.