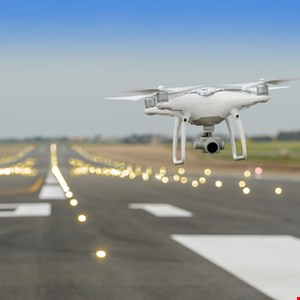 The UK government is under pressure to act after two drones were spotted flying over London’s Gatwick Airport, forcing all flights to be cancelled since Wednesday evening.

Tens of thousands of Christmas passengers have been stranded since yesterday evening and that number is likely to increase exponentially today with over 700 flights potentially affected if police can’t catch the drone operators.

Officers told the Evening Standard they believe this to be “a deliberate act to disrupt the airport,” but said “there are absolutely no indications to suggest this is terror related.”

The drones apparently flew intermittently between 9pm on Wednesday and 3am on Thursday morning, at which point the runways were reopened, but they reappeared a few hours later.

At the time of writing both runways remain closed and 20 police units from two forces are reported to be searching for the operators of the unmanned aerial vehicles. It’s said they can’t shoot down the drones for fear of stray bullets harming members of the public.

Shadow transport secretary, Andy McDonald, has claimed the government has been too slow at addressing the potential security risks posed by drones flying near airports.

“The government should fast-track the introduction of a regulatory framework to protect against the misuse of drones and ensure the safety of UK airspace,” he said. “This should include a drone exclusion zone around airports.”

This isn’t the first time London Gatwick has been affected by a drone. One flying near the airport in July 2017 forced the authorities to close the runway twice, diverting flights as far away as Bournemouth.

The UK Airprox Board, which monitors such incidents, claims that there were 70 near misses involving drones in 2016, versus just 29 in 2015.

Security experts have long warned about the risks of drones being hacked to cause mayhem: insurer Allianz released a report in 2016 raising these concerns.

However, it’s unclear at this stage whether the operators are flying their own machines or have hijacked other users’ devices.