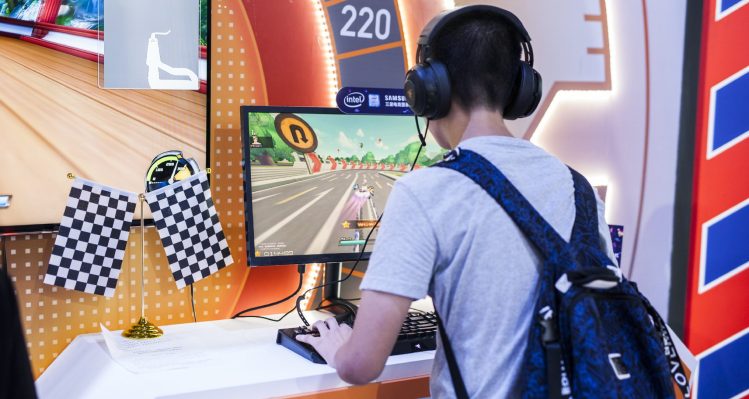 As 2018 draws to a close, China’s gaming industry — which has been beaten by a nine-month-long freeze in license approvals — woke up to exhilarating news as officials announced that they have started to review new titles again.

The much-coveted game licenses are essential for developers to legally monetize their work in China. “We’ve finished reviewing the first batch of games,” said Feng Shixin, a senior official from the propaganda department of the Chinese Communist Party, at an industry symposium on Friday. He added that the ideology watchdog will assign licenses at the soonest though there is a huge number of applications sitting in the pipeline.

Shares of Tencent, the country’s largest games publisher, jump 4 percent on Friday while its smaller competitor NetEase is up 1 percent.

China’s regulatory bodies for games stopped approving new titles since March as they underwent a major reshuffle that would eventually place the State Administration of Press and Publication under direct control of the propaganda organ. The shakeup is meant to give the central government more scrutiny over the billion-dollar market.

For one, regulators are looking to clamp down on illegal games that contains pornography, gambling, violence and content deemed inappropriate by Beijing, including titles that rewrite the history, according to Feng. In March, Tencent’s blockbuster mobile game Honor of Kings came under fire by the Communist Party’s official paper for misrepresenting certain historical Chinese figures.

Secondly, China is calling game developers to have “a stronger sense of social responsibility”, especially when it comes to protecting minors from addiction and illegal content. Beijing went as far as blaming video games for causing bad eyesight in children. In response, Tencent and NetEase among other major publishers have placed a time limit on underage players.

Regulators have also ordered studios to improve game quality and encouraged them to expand overseas. Local titles could be an engine to “promote Chinese culture, propagate Chinese values and showcase Chinese tastes” as they go global, said Feng.

The long halt in game approvals has taken a toll on the world’s largest gaming market. Chinese games are on way to generate $40 billion in revenues in 2018, according to market researcher Newzoo. However, the massive industry saw its slowest growth over the last ten years as it grew 5.4 percent year-over-year during the first half of 2018, according to a report by Beijing-based research firm GPC and China’s official gaming association CNG.

The world’s largest game publisher Tencent — also the developer behind China’s largest messenger WeChat — for instance, could not cash in on popular titles. The giant saw gaming revenues slip by four percent during the third quarter. To offset the pressure in its consumer-facing gaming business, Tencent went through a major reorganization in October to put more focus on enterprise services.

Tencent said during its Q3 earnings call that it had 15 games with monetization approval in its pipeline, which means that gaming revenues may get back on track when those games attain the desired licenses.

“This is clearly very encouraging news for China’s gaming industry,” Tencent said in a statement on Friday. “As the review and approval process for games resumes, we are confident that Tencent will be producing more compliant and higher-quality cultural work for society and the public.”

Smaller players may also have a chance to race ahead in the revived market. “The size of the gaming company does not matter. It matters how fast the company can be adapting to the new set of rules and guidelines,” said Ilya Gutov, business development director at APPTUTTi, a company that helps overseas games enter China.

“Having said so, larger companies have more resources to work out the compliance. However, they have more internal process to go through — they are not as flexible as small companies — so it’s really [a question of] how fast people can react to the new approval process.”

What do investors need from your problem slide?
QNAP Fixes Critical Vulnerability in NAS Devices with Latest Security Updates
Waverly Labs launches a translation app called Forum with support for 20 languages
SaaS in the Real World: Who’s Responsible to Secure this Data?
Data hints at the value of startup offices