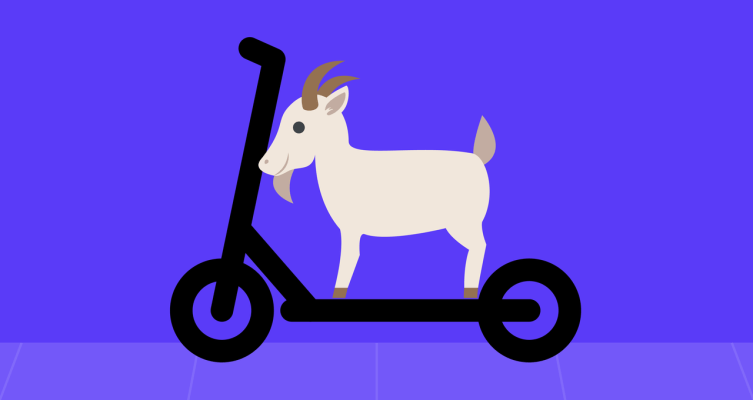 This was was undoubtedly the year of the electric scooter. Between massive fundraising rounds, lofty valuations and both Uber and Lyft’s entrance into the space, it’s clear these scooters are here for the long haul.

But just because investors have poured hundreds of millions of dollars into these companies in the past year, the electric scooter business is not without its difficulties. In fact, it’s an immensely difficult business with tough unit economics, regulatory challenges on a city-by-city basis, and a ridiculous number of competitors vying for the micro-mobility services market share.

It’s only a matter of time before consolidation becomes the only way to survive and, already, we’ve started to see some early signs of that with Uber’s partnership with Lime, as well as Ford’s acquisition of Spin. Let’s take a look at how the industry got to where it is today.

Bird, currently valued north of $2 billion, was the first electric scooter company to launch, having first deployed in September 2017 in Santa Monica, Calif. One year later, Bird announced it hit 10 million rides across its 100-plus cities and over 2 million riders at the time.

Then came Spin, which started as a bike-share startup. In February, Spin announced its plans to get into electric scooter sharing before ultimately deciding in June that it was going all in on scooters. Fast forward to November, and Ford decided to gobble up Spin in a deal worth close to $100 million.

Next up was Lime, which also got its beginnings as a bike-share company. Also in February, Lime unveiled its take on electric scooters. Since then, Lime has deployed its scooters in over 100 cities in the U.S. and 27 international cities. Lime has also partnered with Uber to offer Lime scooters within the Uber app.

Skip, founded by Boosted Board co-founder Sanjay Dastoor, was a bit of a latecomer — albeit one that has an approach that cities seem to appreciate. Skip launched in March, and has since deployed scooters in Washington, D.C., Portland, Ore., and San Francisco — where it won one of the two coveted permits to operate in the heart of Silicon Valley. The other scooter startup permit in San Francisco went to Scoot, a company that also operates shared mopeds in the city, as well as in Barcelona.

On an international-only level, there are companies like Y Combinator-backed Grin, which raised a $45.7 million Series A round in October to operate shared, electric scooters in Latin America. Later that month, the company partnered with São Paulo-based Ride to further the company’s expansion across Latin America, which is becoming a hot spot for scooters. In September, Yellow raised a $63 million Series A round for its bike- and scooter-share company. Meanwhile, Bird and Lime are actively targeting markets in the area.

Abroad, scooters have also popped up in Tel Aviv, London, Paris and 15 other cities across countries like Spain, Switzerland, Portgual and others.

Bird, Lime and Spin quickly became known for their strategies of begging for forgiveness rather than first asking for permission. Regulatory challenges for these electric scooter companies abounded in Santa Monica, San Francisco, Austin and other cities around the country.

In San Francisco, the Municipal Transportation Agency conducted a several-months-long process to determine which scooters would be allowed to operate in the city. The city’s permit process came as a result of Bird, Lime and Spin deploying their electric scooters without permission in the city in March. As part of a new city law, which went into effect June 4, scooter companies were not able to operate their services in San Francisco without a permit. Today, just Skip and Scoot are permitted to operate in the city.

Initially, many companies were not focused on building their own scooters. Instead, they slapped stickers and logos on scooters that have been around for years. Lime, Bird and Spin launched using scooters from Ninebot, a Chinese scooter company that has merged with Segway. Ninebot is backed by investors, including Sequoia Capital, Xiaomi and ShunWei.

That started to change with the entrance of Skip, which made its debut with heavy-duty scooters in March. Skip has since begun rolling out new versions of its scooters, with plans to eventually make totally custom scooters from the ground up.

Earlier this month, Skip unveiled new scooters with cameras and locks. The goal is to improve its unit economics, which are notoriously difficult in this space. Investors, who have poured millions of dollars into electric scooter startups like Bird and Lime, are now pumping the breaks on funding due to the difficulty of the business. Some scooters reportedly only last about two months, which is not enough time to recoup the cost of purchasing the scooter. Perhaps that’s why Skip reportedly received $100 million in debt earlier this month. Skip, however, declined to comment on the lifespan of its scooters and its debt financing.

In May, Lime partnered with Segway to launch its next generation of electric scooters. These Segway-powered Lime scooters are designed to be safer, longer-lasting via battery power and more durable for what the sharing economy requires, Lime CEO Toby Sun told TechCrunch earlier this year.

But this partnership hasn’t been without its issues. In October, Lime recalled some of its scooters due to battery fire concerns. The next month, Lime put $3 million toward a new safety initiative called “Respect the Ride.” Safety, in general, is a major concern. In September, someone lost their life after a scooter accident. 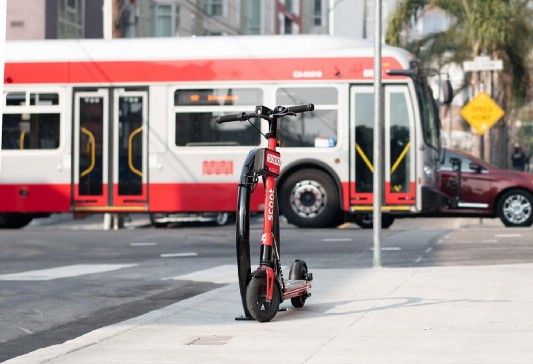 A Scoot scooter with the company’s new locks in San Francisco. Photo via Scoot.

Scoot, which works with Telepod to create its scooters, has also had its issues. In November, Scoot CEO revealed that during the first two weeks of Scoot’s operations of shared, electric scooters in San Francisco, more than 200 scooters were either stolen or damaged beyond repair. That’s why this month, Scoot unveiled a new locking mechanism in an attempt to prevent theft.

Superpedestrian, recognizing that this is a hard business, is putting its money on a business-to-business scooter play. Superpedestrian’s main offering is a sturdier scooter with self-diagnostic and remote management capabilities. Superpedestrian says its scooters can maintain themselves from nine to 18 months at a time, while other scooters break down more often, the company says.

Superpedestrian’s scooters are equipped to self-diagnose issues that involve components, the motherboard, motor controller, land management system, batteries and more. In total, Superpedestrian can detect about 100 different things that could be wrong with it. Superpedestrian says it already has a big player on board, though the CEO would not disclose which one. The first deployment, however, will happen in Q1 2019.

There can only be so many electric scooters on any given city street, which is a result of increasing city regulations around these micro-mobility services. And even if cities didn’t have limits on the number of scooter operators, there are not enough major differentiators between these services to obtain significant market share. Meanwhile, investors have mostly placed their bets on the likes of Bird and Lime, and with Lyft and Uber now making their scooter plays, it’s going to be really hard for other, smaller companies to compete.

As mentioned earlier, Ford bought electric scooter company Spin, Uber has a partnership with Lime, and Uber is also reportedly looking to buy either Lime or Bird. Bird has, however, said it’s not up for sale, which leaves Lime. And if Lime sells to Uber, perhaps Lyft will go after Scoot or Skip.

I obviously cannot tell the future, but do expect to see consolidation, additional market launches, and scooter companies looking to improve their unit economics by relying more on custom-built scooters rather than off-the-shelf ones from the likes of Segway and Xiaomi.