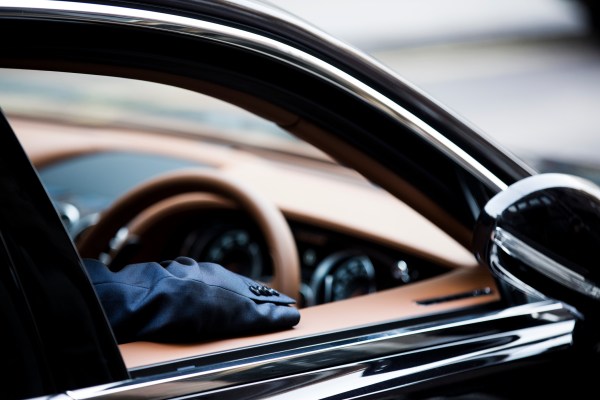 Uber is reportedly on track to go public in the first quarter next year, and in the lead up to that, it’s sewing up some loose ends.

TechCrunch has learned that Uber has offered a tentative settlement to pay out 11 cents for every mile driven for Uber (including adjacent services like Uber Eats) to drivers who have been in individual arbitration with the company over their employment classification. Drivers were pursuing individual arbitration after an appeals court ruled in September that they could not combine their cases into a class action lawsuit.

Uber has declined to comment for this story, and one of the firms representing drivers, Lichten & Liss-Riordan, has not yet responded to our request for comment.

In a case that now goes back years and covers nine states, some 160,000 drivers had been seeking to be classified as employees rather than independent contractors, partly in order to get compensated for expenses related to driving for the company, such as gasoline used and vehicle maintenance.

Another big complaint in the case involved tips: drivers said Uber would not allow them to take or keep tips from passengers. (The claim preceded June 2017, when Uber formally introduced tips in its app, netting some $600 million extra for drivers in one year.)

Uber’s settlement of 11 cents per mile for all on-trip miles that were driven for Uber bypasses addressing those specific details. Notably, drivers who accept the settlement sign documents to release all claims against Uber related to employee misclassification.

The settlement is tentative depending on a sufficient number of drivers signing the agreement (we do not know what the minimum would be), among other factors, and it could take up to six months for payments to get to drivers.

On one hand, this an okay result in what was a challenging situation for litigating drivers. A class action lawsuit, combining several people into one case, would have gained economies of scale in terms of legal costs, and that could have meant a stronger recovery payout for the group.

But with the appeals judges striking down that possibility, it would have been left to individual drivers to pursue their own cases against the company. That is an expensive and time-consuming process and might not have seen as many plaintiffs willing to fight.

It may have been unpalatable for Uber, too. With the company gearing up for a public listing and all the scrutiny that comes with that, drawing a line under these cases with a settlement is a better result than multiple, years-long arbitration cases.

It’s also an important step in Uber repairing its image with current and potential drivers.

The company went through a huge crisis last year that highlighted questionable management and bad company culture when it came to female employees, treatment of drivers, interfacing with regulators and more.

(In fact the tipping was introduced as part of the company’s wider efforts to repair its business and image among drivers, passengers and employees. It also included appointing a new CEO. )

Having a loyal and growing base of drivers is essential to Uber scaling its business, and this settlement is one signal to drivers that Uber is trying to do right by them.

Still, it seems that the bargaining power here may have been more on Uber’s side.

Uber, valued at $72 billion as of its last funding and potentially as high as $120 billion in an IPO, is one of the world’s biggest privately-held tech companies. The 11 cents per mile it’s offering as a settlement is estimated to be only one-third of what a driver could have recovered for just one of the claims, expense reimbursement, had he or she pursued the arbitration rather than opted for the settlement.

Securing rights for the growing number of contract workers in the labor market has been one of the more controversial aspects of the boom in “gig-economy” businesses. It will be interesting to see how and if more of these kinds of cases come to light, and if regulators start to wade in, in cases where employers have not.