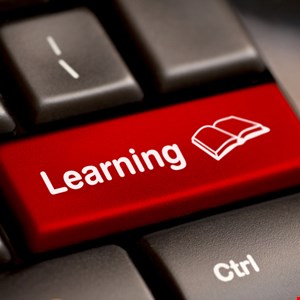 Southern University celebrated a first in its history with the graduation of Davonne Franklin, 22, a member of the Army National Guard who was the school’s first ever cybersecurity graduate.

Franklin enrolled in the ROTC and attended Southern University after graduating from McKinley High in Baton Rouge. When he completed his basic training, he returned to Louisiana as a private with the goal of studying cybersecurity at Southern, where he was able to take part in an undergraduate research project in cybersecurity for the U.S. Department of Defense, according to The Advocate.

Now a second lieutenant who has graduated, Franklin will move on to be a cybersecurity officer, who will work to strengthen defenses against cyber-terrorism. “The biggest existential threat that faces our national security is cybersecurity,” said Capt. Troy Glover, a member of the Southern University Army ROTC staff who spoke with The Advocate.

“I came back more focused,” Franklin reportedly said. “When I returned, I knew I wanted to join Army ROTC and become an officer, and I wanted to change my field in the National Guard to cybersecurity. I also wanted to pursue a degree in computer science. I just needed that slight chance,” Franklin said. “Growing up African-American, you can feel things are denied you.”

Given the increased frequency and costs associated with attacks, educating users about cybersecurity is a critical part of securing the enterprise. “Cyber-attacks can disrupt and cause considerable financial and reputational damage to even the most resilient organization. If you suffer a cyber-attack, you stand to lose assets, reputation and business, and potentially face regulatory fines and litigation – as well as the costs of remediation,” according to IT Governance.