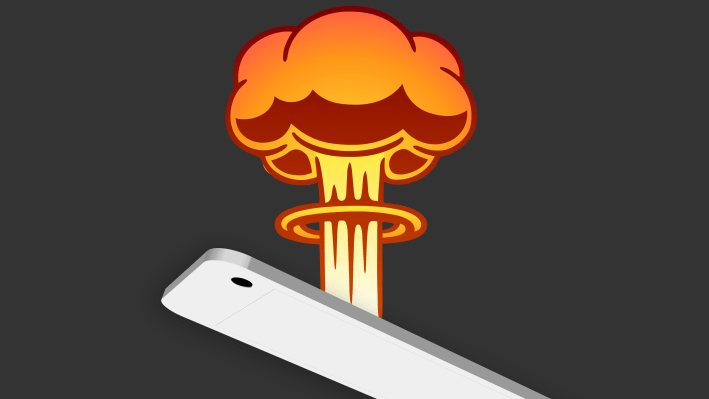 Earlier today, when Instagram suddenly transformed into a landscape oriented Tinder-esque nightmare, the app’s dedicated users extremely lost their minds and immediately took to Twitter to be vocal about it.

As we reported, the company admitted that the abrupt shift from Instagram’s well-established vertical scrolling was a mistake. The mea culpa came quickly enough, but Instagram’s accidental update was already solidified as one of the last meme-able moments of 2018.

That was supposed to be a very small test that went broad by accident. Should be fixed now. If you’re still seeing it simply restart the app. Happy holidays! 😬

Why learn about the thing itself and why it happened when you could watch the meta-story play out in frantic, quippy tweets, all vying for relevance as we slide toward 2019’s horrific gaping maw? If you missed it the first time around, here you go.

These Instagram updates are weird. I think Instagram wants us to leave. Like when a guy goes “you’re just to good for me.” We should listen.

A handful of memes even managed to incorporate another late-2018 meme, Sandra Bullock in Bird Box — a Netflix original that is not a birds-on-demand service, we are told.

You know how in apocalypse movies where a part of the population starts freaking out because they’re infected by something unfamiliar and start rampaging? I felt like I was in one when I woke up to people losing their minds over the Instagram update. I’ve already locked my doors.

Unupdate might not be a word, but it is absolutely a state of mind.

For better or worse, the Met got involved with what we can only assume is a Very Important Artifact for the cause.

Due to a bug, some users saw a change to the way their feed appears today. We quickly fixed the issue and feed is back to normal. We apologize for any confusion.

But can we ever really go back? Can we unsee a fate so great, one still looming on some distant social influencer shore? Probably yeah, but that doesn’t mean we won’t all lose it if it happens again.