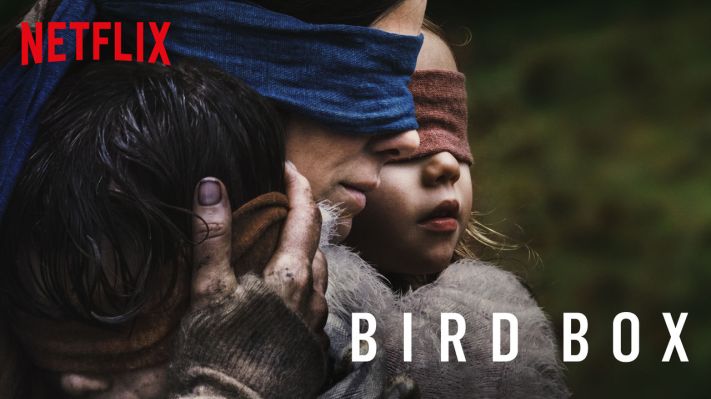 Sandra Bullock’s star power can still sell a movie, apparently. Though reviews for Netflix horror film “Bird Box” have been lukewarm – the movie has a respectable, but not outstanding, score of 65% on Rotten Tomatoes – it has still managed to break records for the streaming service, Netflix said this afternoon.

The company announced in a tweet that over 45 million Netflix accounts have now streamed “Bird Box,” which set a new record for the best ever first week for a Netflix film.

Took off my blindfold this morning to discover that 45,037,125 Netflix accounts have already watched Bird Box — best first 7 days ever for a Netflix film! pic.twitter.com/uorU3cSzHR

Of course, many Twitter users then proceeded to joke that means well over 45 million have actually watched the movie because of Netflix password sharing.

Netflix doesn’t tend to reveal its streaming numbers for its movies or its TV shows, except in cases like this when they’re worth sharing.

“Bird Box” is doing much better.

Netflix, however, has always disputed Nielsen’s figures, because they don’t count mobile devices or computers, and only measure data in the U.S. But they’re all the industry has to go on for now.

As another less direct point of comparison, Netflix said this June that its Oscar-winning film “Mudbound,” released in November 2017, had been streamed for 20 million hours. And in October, Netflix said that more than 80 million subscribers watched at least one of its summer rom-coms over the past few months, like “Kissing Booth” or “To All the Boys I’ve Loved Before.”

“Bird Box’s” setting of a new Netflix streaming record is likely due to a combination of factors, none of which have much to do with it being a great film, in the traditional sense.

For starters, audiences seemed to like the film more than critics did, with a 74% audience score on Rotten Tomatoes. The film is boosted by the star talent of Sandra Bullock, who can still draw a crowd. The cast includes other known names, too, like “Get Out” star Lil Rel Howery, along with “Moonlight”‘s Trevante Rhodes and John Malkovich.

“Bird Box” is also riding a wave of high concept horror movies. The film has been compared to the successful thriller “A Quiet Place,” which had monsters that hunted by sound while “Bird Box” monsters are a threat only if they’re seen – hence all the blindfolds.

The film has benefited from word-of-mouth recommendations, too, including one from Stephen King who suggested horror fans should ignore the critics‘ bad reviews. And it has been the subject of numerous memes, which made it something of a viral, cult sensation across social media. That could have prompted more people to watch just to get in on the joke.

Plus, the movie is a holiday release – it dropped on Netflix on December 21 – a time when many people are off work and have the time to stream.