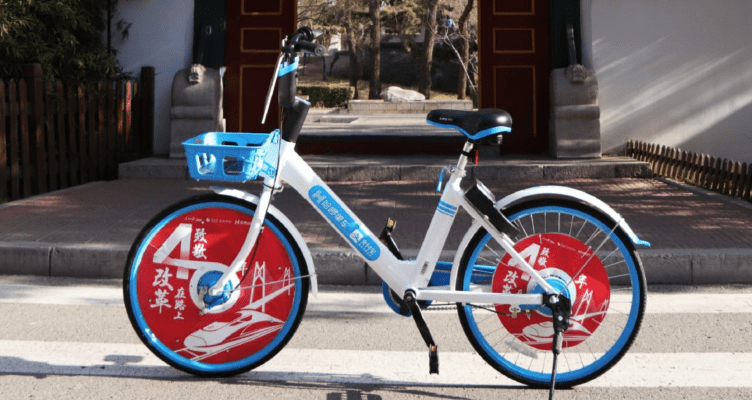 2018 has been a rough year for China’s bike-sharing giants. Alibaba-backed Ofo pulled out of dozens of international cities as it fought with a severe cash crunch. Tencent-backed Mobike puts a brake on expansion after it was sold to neighborhood services provider Meituan Dianping. But one newcomer is pedaling against the wind.

Hellobike, currently the country’s third-largest bike-sharing app according to Analysys data, announced this week that it raised “billions of yuan” ($1 = 6.88 yuan) in a new round. The company declined to reveal details on the funding amount and use of the proceeds when inquired by TechCrunch.

Leading the round were Ant Financial, the financial affiliate of Alibaba and maker behind digital wallet Alipay, and Primavera Capital, a Chinese investment firm that’s backed other mobility startups including electric automaker Xpeng and car trading platform Souche. The fledgling startup also got SoftBank interested in shelling out an investment, The Information reported in November. The fresh capital arrived about a year after it secured $350 million from investors including Ant Financial.

It’s interesting to note that while both Ofo and Hellobike fall under the Alibaba camp, they began with different geographic targets. By May, only 5 percent of Hellobike’s users were in China’s Tier 1 cities, while that ratio was over 30 percent for both Mobike and Ofo, a report by Trustdata shows.

This small-town strategy gives Hellobike an edge. As the bike-sharing markets in China’s major cities become crowded, operators began turning to lower-tier cities in 2017, a report from the China Academy of Information and Communications Technology points out.

The new contender is still dwarfed by its larger competitors in terms of user number. Ofo and Mobike command 43 million and 38 million unique monthly mobile installs, respectively, while Hellobike stands at 8 million, accroding to iResearch.

Hellobike’s ambition doesn’t stop at two-wheelers. In September, it rebranded its Chinese name to HelloTransTech to signify an extension into other transportation means. Aside from bikes, the startup also offers shared electric bikes, ride-hailing and carpooling, a category that became much contested following high-profile passenger murders on Didi Chuxing .

In May and August, two female customers were killed separately when they used the Hitch service on Didi, China’s biggest ride-hailing platform that took over Uber’s China business. The incidents sparked a huge public and regulatory backlash, forcing Didi to suspend its carpooling service up to this day. But this week, its newly minted rival Hellobike decides to forge ahead with a campaign to recruit carpooling drivers. Time will tell whether the latecomer can grapple with heightened security measures and fading customer confidence in riding with strangers.