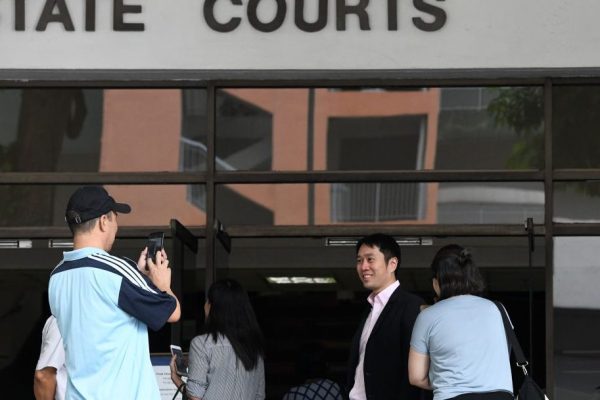 An ongoing case in Singapore is testing the legal boundaries of virtual conferences. A court in the Southeast Asian city-state this week convicted human rights activist Jolovan Wham of organizing a public assembly via Skype without a permit and refusing to sign his statement when ordered by the police.

Wham will be sentenced on January 23 and faces a fine of up to S$5,000 or a jail term of up to three years. The judge in charge of the case, however, has not provided grounds of his decision, Wham wrote on Twitter.

I’ve been found guilty ‘beyond reasonable doubt’. But the grounds of decision are not available yet. The judge also did not explain his decision in court. https://t.co/1DjXMUV0tN

The event’s Facebook Page indicates that 355 people were interested and 121 went. The Skype discussion, which lasted around two hours, was also live streamed on Facebook by The Online Citizen SG, a social media platform focused on political activism, and garnered 5,700 views.

Despite being advised by the police prior to the event to obtain a permit, Wham proceeded without said consent, according to a statement by the Singapore Police Force. Wham faced similar charges of organizing public assemblies without police permits and refusing to sign statements under the Penal Code.

In Singapore, it is a criminal offence under the Public Order Act to organize or participate in a public assembly without a police permit. The Police described Wham’s act as “recalcitrant” in regard to organizing and participating in illegal public assemblies.

Commenting on the charge against Wham, a joint statement from Joshua Wong and members of CAN Singapore argued that the event was “closed-door”.

“Skype conversations that take place within the confines of a private space are private matters that should logically, not require permits before they can be carried out,” raged the statement. “Wham’s discussion with Wong ended peacefully and would not have drawn any further attention if authorities hadn’t decided to act.”

“It was a discussion about civil disobedience and social movements,” Wham pointed out in another Twitter post. “The law says that any event which is open to the public, and is ’cause related’, requires a permit when a foreigner speaks. What is considered ’cause related’ isn’t clear.”