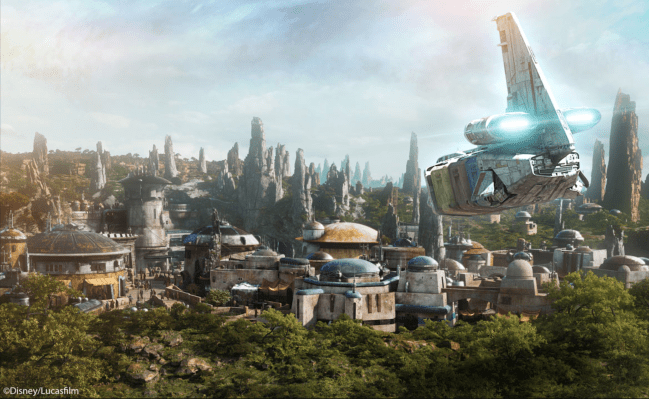 We know Disney’s Star Wars Land (or “Galaxy’s Edge,” if we’re being formal) is opening sometime in summer 2019. But that’s about as exact as anyone at Disney would get.

The rumors said June. Now, it seems, so does Disney CEO Bob Iger.

Iger casually dropped the June target in an interview with Barron’s (as spotted by the OC Register).

You can read the full interview here, but the key bit comes in a question about the strategic impact of Galaxy’s Edge.

When Star Wars opens in Anaheim in June and in Florida later in the year, that’s adding capacity. You’re adding 14 acres of land [each], more rides, and more things for people to do.

So while it’s not as official as a press release, it’s about the next best thing. Anaheim in June, Florida still “later in the year.”

A June target makes a ton of sense, of course. Disney wants to make the biggest possible splash right out of the gate, which means opening the doors when the greatest number of people can visit. While Disney won’t have any trouble getting people into Star Wars Land, they might as well clear the runway. June means summer vacation, and summer vacation means ticket sales. Combine that with an unusual uptick in season pass blackout dates for June of 2019, and it really seems like all the stars are aligned for June.

Coming in at roughly 14 acres, Galaxy’s Edge is one of Disney’s biggest endeavors in years. It’s got a Millennium Falcon! It’s got a cantina with blue milk (and booze!). It’s got a hotel where guests get their own friggin’ storylines! As with anything Star Wars, expectations are going to be ridiculously high — but after seeing what they’ve done with Cars Land or Pandora (the Avatar-themed land in Florida), I’m convinced they’ll pull it off.