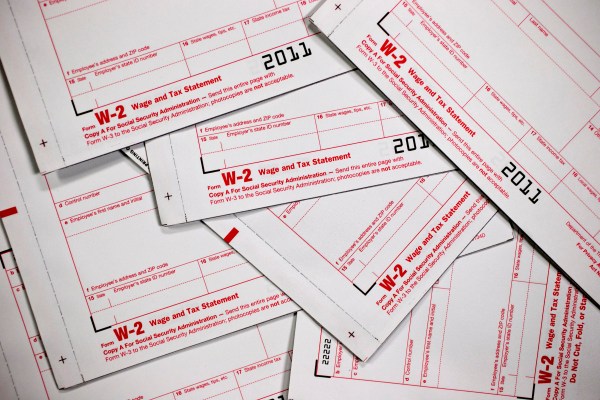 It’s tax season! You know what that means? It’s scamming season, too.

You might have heard this story before. A scammer starts by spoofing an email pretending to be the chief executive of a company, angrily demanding that someone in accounting or human resources immediately sends over their employees’ W-2 forms “or there will be trouble!” The person doesn’t think twice, not wanting to get told off, and emails back the forms, which spell out exactly how much the employees’ earned and how much the company withheld from your wages in tax for the year.

Lo and behold, they’ve just handed over the crown jewels for committing fraud to criminals.

Then, after the scammers steal your W-2 forms, they file your tax returns as though they were you. By fudging the numbers, they can trick the Internal Revenue Service into turning over a tax refund — which then they cash in, using none other than the information from your stole W-2 form.

All the while, you’re putting off doing your taxes until late March because the thought of doing them is so depressing that you literally need months of mental preparation before you start crunching the numbers.

These so-called “W-2 scams” are far too easy to carry out. They’re easy for scammers to obtain and the scammers go undetected for weeks or months, and the IRS doesn’t tell you when your tax return has been filed, meaning anyone can do it without your knowledge.

Scamming consumers out of their tax refunds costs taxpayers billions of dollars each year — and the IRS knows full well how damaging these scams can be. Earlier this year, a government watchdog said that the IRS could do a lot more to prevent W-2 scams in the future — not least telling taxpayers when their filings have been accepted, so that it can be withheld and refunds are protected in case the taxpayer flags it as fraudulent.

Right now, the U.S. is in the midst of a government shutdown — and that’s affecting the IRS. Normally, the IRS lets you start submitting your tax returns by the end of January. This year, it’s not clear when taxpayers can start submitting their filings. Worse, because of the shutdown, any refunds are expected to be delayed.

But it doesn’t mean you can drag your feet and put things off. Now’s a better time than ever to get prepared.

If you haven’t already received your W-2 by mail, you’ll receive it from your employer the end of January. (Many companies these days let you download your W-2 form early through Workday, if you’re subscribed, or other internal corporate portals.) Once you’ve received all of the documents and paperwork you need to file, sit down with a pot of coffee and get the return done.

Once the IRS flings open the doors, file your return as soon as possible.

You should check before you file using the IRS’ filing status checker to see if your tax return has already been submitted. If it has, contact your company and speak to the IRS to file a certain form to get it voided.

Remember, in security, humans are the weakest link. And that’s never been more true than during tax season.