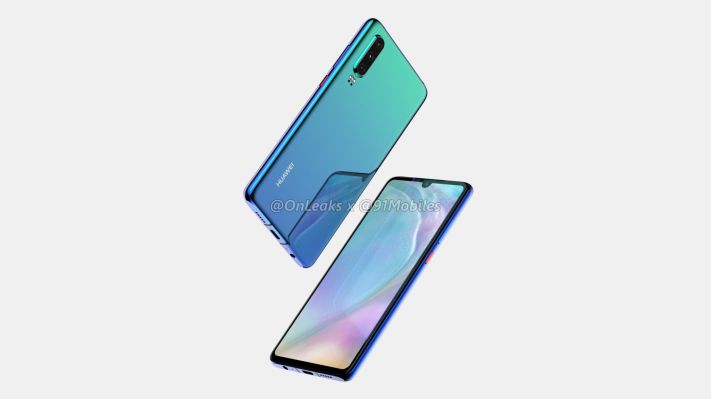 Huawei, currently the world’s second-largest smartphone company by sales, has won over users partly by loading its devices with a ton of new features, from wireless charging to top-class cameras and catchy cosmetic features like the colorful gradients on their shiny backsides. Now, a leaked image of its next flagship Android phone appears to reveal a surprising reverse course. According to Indian blog 91phones (and via Engadget) its next premium device, dubbed the P30, will feature a HEADPHONE JACK.

What’s that, you say? Aren’t headphone jacks so yesterday?

Well, it turns out that sometimes progress isn’t universally loved. (Pour one out for the futurists here.)

Over the past couple of years, Apple and others have gradually removed the jack from their devices.

Yes, it’s been done in the name of thinner handsets and more features like waterproofing. But — let’s be honest — also most likely also to up-sell people to those very pricey, sometimes pretentious-looking wireless earphones.

But you know what? People — say, those who have a favorite set of corded headphones, or who hate the idea of losing the ability to charge using said headphones — are still missing those inky black holes.

Huawei has been no different, removing its jack in the P30’s P20 predecessor.

But the leaked image reveals that it seems to be making a return in the familiar lower edge of the handset, to the left of the USB-C charging port.

Other features revealed in this and previous leaks of the phone include a six-inch screen, more of that gradient backing, a 24MP selfie camera in a streamlined notch on the front, with a Sony triple camera at 38MP with 5x optical zoom on the back, and no fingerprint sensor port, with the device likely to be shipping in 128GB and 256GB versions.

Huawei overtook Apple as the world’s second largest smartphone vendor in Q2 of 2018, and the last two quarters have only cemented that position. In Q3, only Samsung (the leader) and Huawei saw shipment growth among all the top players; and as for Q4, well, Apple’s given us a little preview of what we will expect there.

Interestingly, Apple specifically has singled out China as a disappointing market when it comes to iPhone sales: Huawei happens to be the market leader there.

So — if this leak is accurate — it’s interesting to think that as Huawei grows often by aggressively following the playbook of other brands, it may be making a bold move by bringing something back that appeared to have gotten discarded in the tech march forward.

If its pace of handset sales continues to stay strong, this could be coming at a key time for Huawei. The company remains in hot water with governments in Europe, the US and elsewhere over questionable and potentially illegal business practices, and that appears to be potentially impacting its massive telecoms equipment business and its lucrative deals with carriers.

As for when this supposed phone might launch, we’re just about to kick off CES in Vegas, but it’s unlikely to appear here. The P20 launched in March last year, a few weeks after the big MWC mobile event in Barcelona, and that could potentially be the same timescale the company follows again.