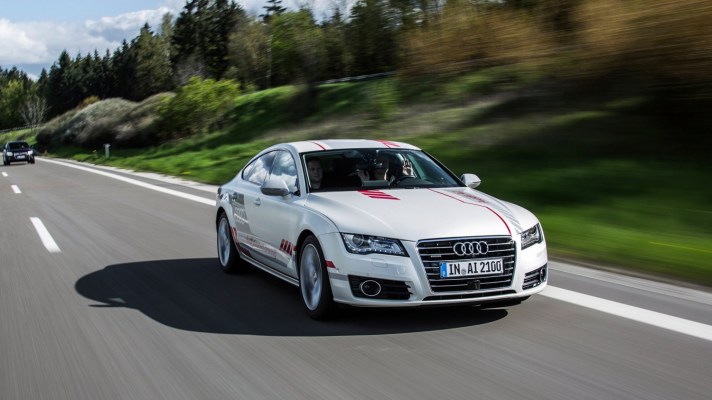 The self-driving vehicle evangelists are uniting.

A number of major automakers, technology companies and organizations with a stake in autonomous vehicles, including Audi, Aurora, Cruise, GM, Mobileye, Nvidia, Toyota, Waymo and Zoox has formed a coalition to spread the word about advanced vehicle technologies and self-driving vehicles. Their message: this tech can transform transportation and make it safer and more sustainable.

The Partners for Automated Vehicle Education, or PAVE, coalition was announced Monday at CES 2019 in Las Vegas. The aim of PAVE is educate the public and policymakers about the potential of automated vehicles.

“It is essential to engage the public and their elected representatives to shape an informed future of our roadways,” Deborah A.P. Hersman, president and CEO of the National Safety Council said Monday.

Hersman, along with Audi of America, will serve as inaugural co-chairs of PAVE. A few automakers and tech companies including Ford, Fiat Chrysler and Aptiv weren’t included in the launch of the coalition. It’s probable that many more will join if the coalition gains momentum.

There’s also no shortage of other industry-led coalitions, organizations and lobby groups focused on autonomous vehicle technology such as the Automated Vehicle Coalition and the Self-Driving Coalition for Safer Streets, which includes Ford, Waymo, Lyft, Uber and Volvo.

It’s time to get involved in shaping the future of transportation – and that means getting the facts about automated vehicles. We’re here to help you speak the language, understand the technology, and imagine the possibilities. https://t.co/iwZPUUR8fy pic.twitter.com/UkQNsG0Dys

PAVE says it will hold events across the country to introduce driver assistance and self-driving technology to consumers and policymakers, hold educational workshops aimed at federal, state and local officials, and develop educational materials to distribute to retail sales and customer service personnel.

The group wants to educate the everyday consumer as well. So, it plans to sponsor hands-on workshops in partnership with SAE International to give people the chance to see, touch and feel developing AV technology.

It will also hold policy workshops in partnership with academic institutions such as Stanford University’s Center for Automotive Research to help policymakers understand AVs and their potential.

“Traditional automakers and newcomers are investing billions of dollars in the technology that will make automated vehicles possible,” said Mark Del Rosso, President, Audi of America. “PAVE recognizes the need to invest in public information — in making sure consumers and policymakers understand what’s real, what’s possible, and what is rumor or speculation.”