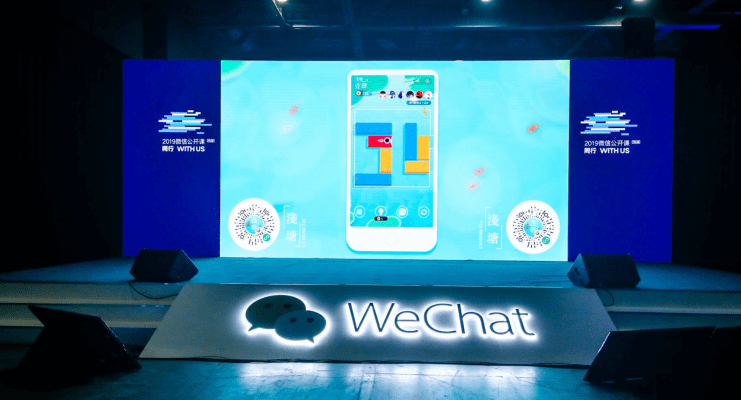 Over one billion people leave behind trails of information on WeChat every day as they use the messenger to chat, read, shop, hail rides, rent umbrellas and run many other errands. And the Tencent app has quietly started using this type of signal to determine whether a user is worthy of perks such as deposit-free renting services.

The rating system, which the company calls the “WeChat Payments Score” in Chinese, soft-launched last November across eight cities and has been piloting on a small number of apps. Among them is the Tencent-backed power bank rental service Xiaodian, which waives deposits for users if their points hit a certain benchmark. It’s easy to imagine how the rewards mechanism can help nudge customers to try out WeChat’s panoply of in-house and third-party offerings down the road.

Exactly how WeChat calculates these points is unclear, but a test done by TechCrunch shows it factors in one’s shopping and contract-fulfilling records. We’ve reached out to Tencent for more details and will update the article when more information becomes available.

Alibaba’s affiliate Ant Financial — WeChat’s biggest contender in online payments — has been running a similar assessment engine called the “Sesame Credit” since 2015. Like WeChat’s, it measures several dimensions of user data including purchase behavior and capability to fulfil contracts. People with higher scores enjoy perks like deposit waivers when staying at a hotel, incentives that could keep customers in the house. Sesame points are available through Ant’s Alipay digital wallet that recently claimed to have crossed one billion users worldwide.

The WeChat payments score is reminiscent of Tencent’s short-lived credit-rating scheme. Indeed, digital footprints can also help China’s fledgeling financial system predict creditworthiness among millions of people without financial records. That’s why Beijing enlisted tech companies including Tencent and Ant in 2015 to come up with their own “social credit” scores under state-approved pilot projects.

Over time, regulators became wary of the mounting personal information used by online lending companies and moved to assert greater control over the whole credit-rating matter. In early 2018, it changed tack to crack down on private efforts — including a Tencent-run trial. Beijing subsequently set up Baihang Credit, the only market-based personal credit agency approved by China’s central bank. The government holds a 36 percent stake in Baihang. Ant, Tencnet and several other private firms also got to be part of the initiative, though they play complementary roles and hold 8 percent shares each.

While most countries use credit rating mainly as a financial credibility indicator, China has taken things a few steps further. By 2020, China aims to enrol everyone in a national database that incorporates not only financial but also social and moral history, a program that has raised concerns about privacy and surveillance.