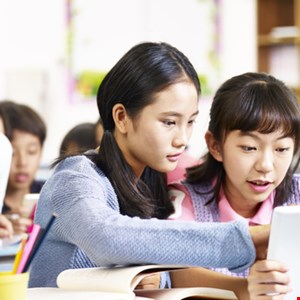 The third annual CyberFirst Girls competition will kick off on Monday as GCHQ looks to help address a chronic gender imbalance and skills shortage in the industry.

Over the past two years, the intelligence service’s National Cyber Security Centre (NCSC) has managed to attract 12,500 female pupils from schools across the UK to take part.

Teams of up to four plus a teacher or mentor can enter, with girls in Year 8 in England and Wales, S2 in Scotland and Year 9 in Northern Ireland (12-13-years-old) able to participate.

They’ll face a week of online challenges in four key areas — cryptography, cybersecurity, logic and coding and networking — with the top 10 teams competing face-to-face at a grand final in Edinburgh in March.

Participants are also able to apply for a place on CyberFirst Girls Defenders: free four-day residential and non-residential courses taking place in April-May and designed to teach further skills in how to build and protect small networks and personal devices.

James Hadley, CEO of Immersive Labs, welcomed the initiatives as helping to encourage a new generation of cybersecurity talent.

“In my experience, men and women have distinctly different approaches to problem-solving in cyber. Women are typically more methodical — which allows them to take a long-term and determined approach to finding a resolution and complements men’s slightly faster-moving approach,” he added.

“In the long term, this initiative will also set the groundwork for building a network of like-minded people to encourage and support one another when starting out in the space.”

Attracting more gender diversity into the information security industry has been a challenge for years. Today just 24% of the global workforce are women, yet the sector as a whole suffers from shortages reaching nearly three million professionals.

Government figures published in December last year claimed that over half (57%) of all UK firms and charities have a “basic technical cybersecurity skills gap.”

It’s a situation predicted to get worse if the UK leaves the European Union as it has signaled this year.

Last month, the government released a new skills strategy in an effort to reduce skills shortfalls and promised new UK Cyber Security Council will receive £2.5m of public funding to help in its mission to “lay the structural foundations” of the profession.

However, it has been criticized in the past by MPs, for failing to address the immediate challenges facing businesses in the critical national infrastructure sector.