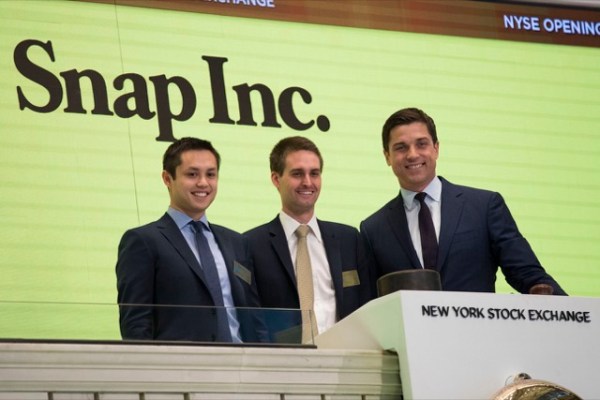 Days after Snap announced the departure of its CFO, reports have emerged that the company’s HR chief was asked to leave following an internal investigation late last year that had led to the firing of its global security head.

The Wall Street Journal is reporting that Snap fired global security head Francis Racioppi late last year after an investigation uncovered that he had engaged in an inappropriate relationship with an outside contractor he had hired. After the relationship had ended, Racioppi terminated the woman’s contract, the report says.

Racioppi denied any wrongdoing in a comment to the Journal. A report from Cheddar also adds that one of Racioppi’s assistants was fired for aiding in an attempt to cover up the scandal.

The investigation’s findings reportedly contributed to CEO Evan Spiegel asking the company’s HR head Jason Halbert to step down. Halbert announced his plans to leave the company this week.

While today’s news pins two high-profile executive departures to a single incident, Snap’s executive team has seemed to be losing talent from its ranks at a quickening pace.