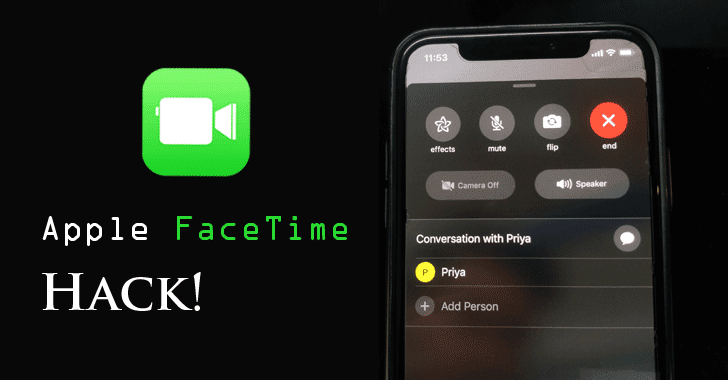 If you own an Apple device, you should immediately turn OFF FaceTime app for a few days.

A jaw-dropping unpatched privacy bug has been uncovered in Apple’s popular video and audio call app FaceTime that could let someone hear or see you before you even pick up their call.

The bug is going viral on Twitter and other social media platforms with multiple users complaining of this privacy issue that can turn any iPhone into an eavesdropping device without the user’s knowledge.

The Hacker News has tested the bug on iPhone X running the latest iOS 12.1.2 and can independently confirm that it works, as flagged by 9to5Mac on Monday. We were also able to replicate the bug by making a FaceTime call to a MacBook running macOS Mojave.

How to Listen or See Someone Before They Answer Your FaceTime Call?

The issue is more sort of a designing or logical flaw than a technical vulnerability that resides in the newly launched Group FaceTime feature.

Here’s how one can reproduce the bug:

What’s more? It is also being reported that if the person you first called presses the volume down button or the power button to silence or dismiss the call (in case he/she is in a meeting or busy), his/her iPhone camera will also turn on.

This will broadcast the video from their iPhone, while their iPhone screen still displays the incoming call screen.

How to turn off FaceTime on your iPhone, iPad, and Mac

When reached out to Apple, the company responded media by saying, “We’re aware of this issue, and we have identified a fix that will be released in a software update later this week.” 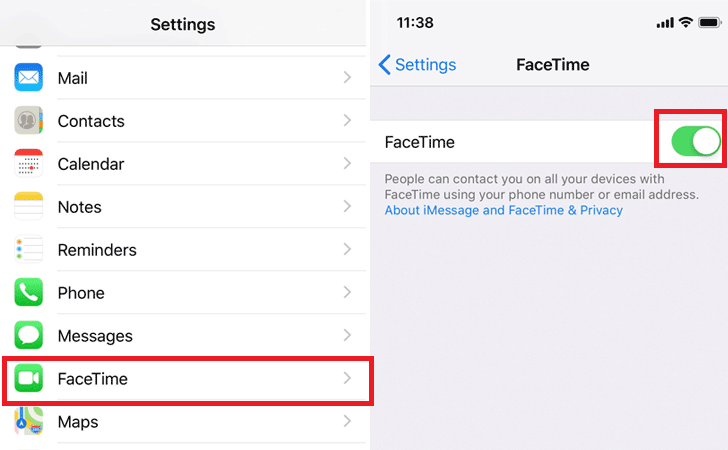 So, until the company releases a fix, the only workaround left for users is to disable the FaceTime video calling feature on their iPhone.

On iPhone, just head on to Settings, scroll down to find ‘FaceTime’ icon and tap the toggle button to switch the feature off.

On Mac, open FaceTime app on your Mac, click on FaceTime at the top left corner in the menu bar and then click ‘Turn off FaceTime.’