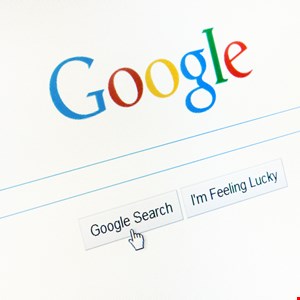 The past 15 years has seen huge changes in the cybersecurity-related search terms internet users are deploying to find out more about the industry, with anti-virus supplanted by emerging next-gen solutions, according to new data from RedScan.

Taking its cue from Google’s Year in Search report, the security vendor decided to analyze the past decade-and-a-half of search data to understand how trends have evolved over time.

Internet searches for “anti-virus” and “network security” have declined significantly over that time, as has interest in the main AV brands. At the same time, there’s been a surge of interest in terms such as “SIEM,” “Cloud Computing,” “Mobile Device Management” and “BYOD.”

“It’s a bit concerning that searches for passwords are in such a steep decline. Good password hygiene is essential, and people are often really bad at setting unique passwords,” the report noted.

As for the threat landscape itself, searches for “keyloggers” declined sharply from around 2004 onwards, while “phishing,” “ransomware” and “DDoS” have remained pretty consistent. Spikes in searches for DDoS coincided with the major Mirai botnet attack on Dyn in 2016 and for ransomware with the WannaCry attack of 2017.

In 2004, “Spyware” and “adware” were far more popular search terms than “malware,” although the trend has now been reversed. “Cryptojacking” also spiked sharply from around 2017 while searches for “GDPR” understandably rocketed shortly before its introduction in early 2018.

“Cybersecurity has changed remarkably over the past 15 years and Google’s search data is a great measure of this,” said Andy Kays, technical director at Redscan.

“As businesses embrace digital transformation, their security strategy must evolve accordingly. Our data shows that interest in traditional preventative tools is declining in favor of next-generation technologies that offer enhanced threat detection and response capabilities.”

Africa Roundup: DHL invests in MallforAfrica, Zipline launches in US, Novastar raises $200M
SpaceX’s astronaut launch marks the dawn of the commercial human spaceflight industry
Trump Plans to Ban Chinese Students with Military Ties
You DID change your password after that data breach, didn’t you?
Exclusive – Any Mitron (Viral TikTok Clone) Profile Can Be Hacked in Seconds