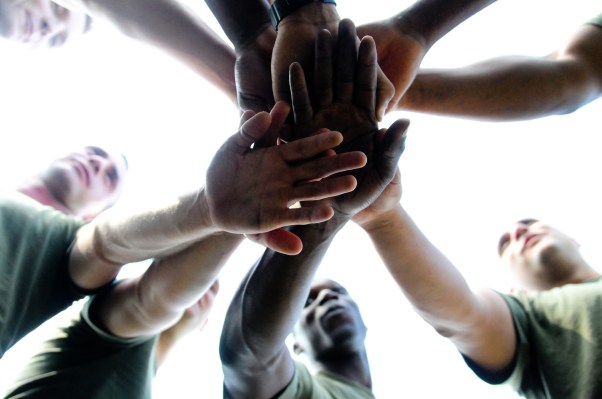 GoFundMe has made its name primarily as a platform for individuals to create fundraisers for personal causes — a service that has seen hundreds of campaigns go viral through social media to raise collectively well over $5 billion in funding to date. Now, the startup is taking the next step in its ambition to build what CEO Rob Solomon calls the “giving layer of the internet”.

GoFundMe is launching a new free-to-use fundraising platform for nonprofits of all sizes called GoFundMe Charity; and for the first time, it has created a button that can be integrated into any site or app to donate money wherever people want to do so. Both will roll out in November, but the charity platform already counts nonprofits like the American Cancer Society and the Boston Marathon among its customers.

To be clear, providing services to non-profits is not totally new territory for GoFundMe. The company acquired CrowdRise, which focused specifically on non-profits, in 2017 and gradually started to integrate some of the functionality and branding into the bigger platform a year later. And since last year it has offered a service for teams and groups (including nonprofit groups) to come together to raise for the same cause.

With this latest launch, teams fundraising remains, but GoFundMe will be sunsetting CrowdRise the brand and transitioning the platform’s nonprofit customers (which include high profile events like the Boston Marathon) to GoFundMe Charity.

With that change comes a new business model and a wider range of services for non-profits aimed at making GoFundMe a more useful and flexible platform.

On the business model, charity groups will now have the option either to pay fees to use the service (donor-covered fees), or use it for free by offering the tipping feature that GoFundMe uses on its consumer-focused site. This is a departure compared to the the platforms that power many nonprofit sites and events, which typically charge for their services. GoFundMe says it will specify what the the donor-covered fees will be public closer to the launch date.

Then, moving away from the familiar, basic layout that GoFundMe offers for individual causes today, nonprofits will also be given more design freedom: They will have the option to customise their pages; or they can run GoFundMe campaigns on their own sites and apps by placing a customised button for people to donate — similar to how Facebook disseminated its “Like” buttons, or PayPal and other payment services created “buy” buttons.

They will also be provided with analytics on how their campaigns are performing, and CRM integrations to link up GoFundMe campaigns with wider marketing efforts. And nonprofits running events where individuals are fundraising — for example, around charity runs — will be able to do this under the bigger GoFundMe umbrella, including enlisting and organising individual fundraisers, or selling tickets to charity events.

GoFundMe will also be leveraging its own traction in the fundraising market to grow this business.

The idea is twofold here: The first aim will be to bring to nonprofit groups the kind of storytelling and social media virality that has done so well on GoFundMe already.

The second aim will be to bring the mountain to Mohamed, so to speak: the platform currently has more than 50 million users, and like other funding platforms, GoFundMe has made a business out of recirculating those donors: once you give to one cause, your details are in the system and that makes it easier to donate elsewhere on the same platform. Now the non-profits will also have access to that pool of users that has been proven to be willing to step up financially.

The giving layer of the internet

The news comes at an interesting time for GoFundMe.

While its individual causes-based campaigns continue to be created and disseminated across social platforms, it is facing competition of two kinds: that of the platforms themselves (specifically, Facebook, which is using its billions of users to grow its own causes-donations platform rapidly: in September it passed the $2 billion mark in fundraising for causes); and that of user ennui, where people have been facing up to kind of fatigue when it comes to too many individuals asking for money, and sometimes not for the most worthy of causes.

Ramping up its business for nonprofits, on the other hand, catapults GoFundMe into a much bigger, older and (potentially?) more resilient sector of the charitable donations market. In the US alone, some $427 billion was donated to nonprofits in 2018, according to Giving USA. That’s up on an estimated $410 billion in nonprofit donations in in 2017.

Currently, only around a quarter of donations are made through digital platforms, with the remainder through more traditional channels such as events, door-to-door appeals and direct-mail campaigns. As digitally native consumers become targets for nonprofits, GoFundMe sees an opportunity in taking the tools and services it originally built for individuals, and tailoring them to these groups.

“Charities have the same challenges as individuals in reaching constituents,” said Solomon in an interview. “We’re talking about whole generations of people who will not donate to charities the same way that older generations did. Charity has been disrupted by the internet and those older methods won’t work anymore.”

Solomon said that GoFundMe is not commenting on whether it expects more nonprofits to pay fees or run the option for tipping among its users, nor would he say if GoFundMe has projected how much it might make from one or the other option.

He did note that the company is profitable and has been able to grow its business on the back of the tipping model it now uses for its individual campaigns (it dropped its platform fee in 2017 and then acquired YouCaring, a competitor that built a profitable business on tipping alone).

GoFundMe has never disclosed much on the financial front: it has only ever had one round of funding, of an undisclosed amount, from a group of investors that included Accel, Greylock, TCV, Iconic, Meritech and Stripes. We’d heard that at one point PayPal started preliminary talks to acquire the company for about $1 billion, but that never developed, and GoFundMe has continued to grow.

Solomon did add today that those investors will eventually want “a liquidity event,” whether that comes in the form of an IPO, or private equity investment, or an M&A move, but that won’t be for a while.

“We’re not focused on that at all, and don’t expect to see anything for another year or two,” he said.