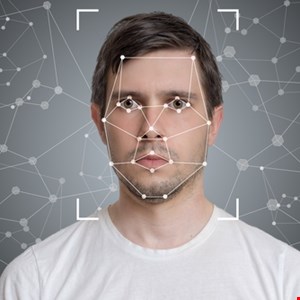 The Face Analysis Comparison and Examination System (FACES), set up in 2001 with federal grant money, is the largest collaborative open-model facial recognition system in the United States.

The system uses a MorphoTrust algorithm to search a repository of over 33 million images captured from police mugshots and every driver’s license in Florida. Users need only upload a photo and run a search of the network to be presented with a lineup of visually similar matches.

FACES is currently accessed by 243 partner agencies, including the Federal Bureau of Investigation, Customs and Border Protection, and the IRS. Now, Florida’s Miami-Dade Police Department (MDPD) wants permanent access to the network.

In return for receiving access to FACES, the MDPD will hand over its existing cache of mugshot images to the sheriff’s office for integration into the facial recognition system.

A resolution to approve a Memorandum of Understanding between the Pinellas County Sheriff’s Office and the Miami-Dade County PD that would grant the MPDP access to FACES is due to go before the Board of County Commissioners on November 13.

In a memo dated forward to December 3, 2019, Mayor Carlos Gimenez has written to the Board of County Commissioners in support of the resolution.

He wrote: “The FACES software is beneficial to detectives within the MDPD as it can be used to compile facial recognition data on their subject and help identify possible matches. Additionally, the use of the FACES technology by MDPD’s forensic artist is instrumental in creating composites and conducting facial recognition searches on assigned cases.”

FACES has been criticized for the lack of regulation around its use. No audit system is in place to monitor the approximately 8,000 searches that are carried out on the system every month, and users aren’t required to have reasonable suspicion or log the reason why they are running a search before using the network.

According to the Tampa Bay Times, a 2016 study by the Center on Privacy and Technology at Georgetown Law warned that FACES was “subject to little oversight and lacks transparency.”

The sheriff’s office has issued guidelines to its deputies to only use FACES for official investigations; however, no checks are in place to ensure proper use of the network, and the guidelines do not apply to the 243 partner agencies that regularly access the system.