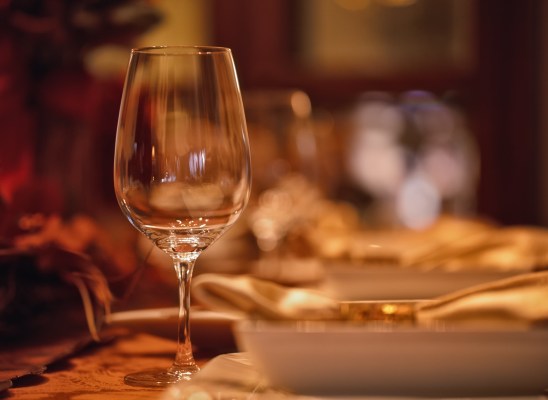 With popular social networks seeing some downtime, most shops closed, and many people off work today for Thanksgiving, bargain hunters are flocking online to start their holiday shopping.

That shows that as the day went on, sales accellerated. Prior to that, at 10am Adobe said $470 million has been spent online, a rise of 14.5% compared to sales figures from the same time last year. Overall, sales patterns are largely on track to hit Adobe’s prediction of $4.4 billion in sales today.

Over at Shopify, as of 11.30 Pacific time, the e-commerce backend provider noted that it was seeing around 4,500 transactions per minute, working out to just under $400,000 spent each minute.

Within that, some 66% of all sales were being made on mobile devices, with apparel and accessories the most popular category, and New York the top-selling city. Average cart price has been $78.66.

Adobe Analytics tracks sales in real-time for 80 of the top 100 US retailers, covering 55 million SKUs and some 1 trillion transactions during the holiday sales period. Shopify, meanwhile, uses data from across the range of online retailers that use Shopify APIs to run their sales.

Black Friday (the day after Thanksgiving) used to be seen as the traditional start to holiday sales, but consumers spending time at home on Thanksgiving itself are increasingly coming online — on a day when most brick-and-mortar stores are closed — to get the ball rolling.

This year, Thanksgiving is coming a week later this year than in 2018 (when it fell on the 22nd of the month), which will make for a more compressed, and potentially more frenzied, selling period.

As Sarah pointed out yesterday, many retailers this year made an early jump on their Black Friday deals, and so far some $53 billion has been spent in the month of November up to today. This year’s holiday sales overall are predicted to hit nearly $144 billion.

We’ll be updating this post with more figures as they come in.

As a point of comparison, in 2018, online sales hit $3.7 billion, according to Adobe’s analysis.

Adobe notes that in the $53 billion spent so far this month, all 27 days in November have surpassed $1 billion in sales. Eight days passed $2 billion, and yesterday saw $2.9 billion in sales. That was up 22% on a year ago, which either points to increased sales overall, or simply that the strategy of extending “holiday” shopping to start earlier and earlier is paying off for retailers.

Another interesting insight is that some $18.2B in purchases have been made by smartphones this month, which is up 49.5% compared to last year.

“The strong online sales performance to-date suggests that holiday shopping starts much earlier than ever before. Steep discounts on popular items like computers on the day before Thanksgiving indicate that many of the season’s best deals are already up for grabs. This has led to significant growth in online sales (16.1% YoY increase) so far. What will be important for retailers to track is whether the early discounts will drive continued retail growth overall, or if they have induced consumers to spend their holiday budgets earlier,” noted Jason Woosley, vice president of commerce product & platform at Adobe.