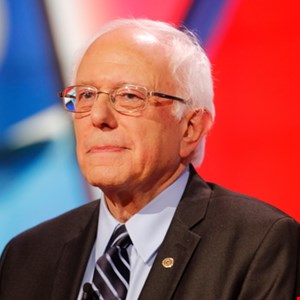 US presidential candidate Bernie Sanders today released a plan to introduce high-speed internet to every American household if he wins the 2020 election.

The High-Speed Internet for All proposal suggests giving local and state governments $150bn in grants and aid to create publicly owned broadband networks. Of this funding, $7.5bn would be ring-fenced to “expand high-speed broadband in Indian Country and fully resource the FCC’s Office of Native Affairs and Policy.”

In a statement released on his website that will likely strike a chord with voters far younger than he is, Sanders said that the internet must be treated as “a public utility that everyone deserves as a basic human right.” If elected as president next year, the Vermont senator said he would roll out the plan by the end of his first term.

The plan Sanders has drawn up involves antitrust authorities taking action to dismantle the “internet service provider and cable monopolies” that are currently in play in the US and would see the reinstatement of the net neutrality regulation that was repealed in June last year.

Sanders said the proposal would stop the internet from operating as a “price-gouging profit machine” for service providers. Internet and cable companies would be required to put a stop to hidden fees and be more transparent in disclosing the cost of services.

Earlier today on Twitter Sanders wrote: “The internet as we know it was developed by taxpayer-funded research, using taxpayer-funded grants in taxpayer-funded labs. Our tax dollars built the internet. It should be a public good for all, not another price-gouging profit machine for Comcast, AT&T and Verizon.”

With supreme confidence in his own historical significance, Sanders likened his proposal to President Franklin D. Roosevelt’s campaign to bring electricity to every rural community in America. In 1933, when Roosevelt first took office, only one in ten farms in rural America was on the grid.

“Just as President Roosevelt fundamentally made America more equal by bringing electricity to every community, urban and rural, over 80 years ago, as president, I will do the same with high-speed internet,” Sanders wrote on Twitter today.

In broadband deployment, the United States ranked tenth out of 22 in a 2018 comparison with European countries, and in America’s rural communities, more than 31 percent of people are without broadband.