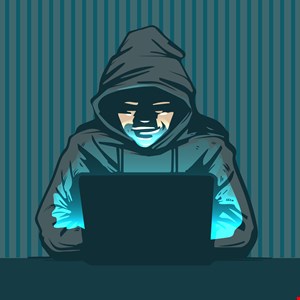 US and UK authorities have indicted the leader of a notorious cybercrime gang that stole $70m from bank accounts around the world using malware.

He is further accused of participating in a second scheme involving Zeus malware, which similarly used a botnet and money mules to pilfer bank accounts.

Yakubets, who is known online primarily as Aqua, is wanted in relation to two separate international computer hacking and bank fraud schemes spanning from May 2009 to the present day.

The 32-year-old was indicted in a US federal court on Thursday along with a fellow alleged cyber-criminal, 38-year-old Igor Turashev from Russia’s Yoshkar-Ola-Ola. Turashev is wanted in connection with the deployment of Bugat malware.

According to the UK’s National Crime Agency, the organized crime syndicate of which Yakubets was the ringleader called itself Evil Corp—the nickname given to fictional multi-national conglomerate E Corp in the smash hit TV series Mr. Robot.

Yakubets allegedly ran his large-scale criminal organization from the basements of Moscow cafes, employing dozens of people. He is currently thought to be in Russia, where he is known to sport a coiffed hairdo and cruise around in a customized Lamborghini supercar with a personalized number plate that translates to “Thief.”

A reward of $5m—the largest ever to be offered for a cyber-criminal—is being offered under the Transnational Organized Crime Rewards Program for information leading to the arrest or conviction of Yakubets.

Lynne Owens, director general of the NCA, said: “The significance of this group of cyber-criminals is hard to overstate; they have been responsible for campaigns targeting our financial structures with multiple strains of malware over the last decade. We are unlikely to ever know the full cost, but the impact on the UK alone is assessed to run into the hundreds of millions.”

FBI Deputy Director David Bowdich said: “The charges highlight the persistence of the FBI and our partners to vigorously pursue those who desire to profit from innocent people through deception and theft. By calling out those who threaten American businesses and citizens, we expose criminals who hide behind devices and launch attacks that threaten our public safety and economic stability.”