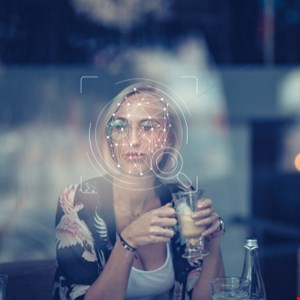 After trialing the technology for two years, the Met has said that it will have cameras up and running within a month. The cameras will be linked to a database containing images of suspects. In the event that a suspect is identified by the camera, an alert will be generated.

According to senior technologist with the Met, Johanna Morley, the facial recognition technology has an accuracy rate of 70%. Morley said false identifications were made by the cameras one in a thousand times.

Nick Ephgrave, an assistant commissioner, said: “As a modern police force, I believe that we have a duty to use new technologies to keep people safe in London. Independent research has shown that the public support us in this regard.”

Civil liberties groups have described the planned introduction of the technology as “a breathtaking assault on our rights.”

The Met said the cameras will only be deployed after consultation with local communities. Active cameras will be displayed overtly, leaving the public in no doubt that they are being watched as they go about their daily lives.

Commenting on the Met’s decision to introduce LFR, the director of Big Brother Watch, Silkie Carlo, said: “It flies in the face of the independent review showing the Met’s use of facial recognition was likely unlawful, risked harming public rights and was 81% inaccurate.”

A spokesperson for the campaign group Liberty said: “This is a dangerous, oppressive and completely unjustified move by the Met. Facial recognition technology gives the state unprecedented power to track and monitor any one of us, destroying our privacy and our free expression.”

In September 2019, Cardiff’s high court ruled that police use of automatic facial recognition technology to search for people in crowds is lawful. The technology is currently being used by South Wales police.

The Met is the biggest force in the UK, with jurisdiction over London and Greater London, with the exception of the City of London, which has its own territorial police force.

News of the Met’s decision comes a week after the European Commission revealed it is considering a ban on the use of facial recognition in public areas for up to five years while regulators try to work out a way to prevent the technology from being abused.