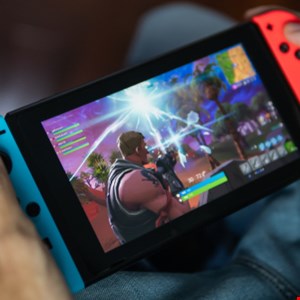 A California man could face up to 25 years in prison after pleading guilty to downloading child pornography and habitually hacking into the computer system of Japanese gaming giant Nintendo.

Ryan Hernandez was still a minor when, together with an associate, he used a phishing technique to steal the credentials of a Nintendo employee in 2016. The data stolen by the Palmdale resident, who is now 21, was used to gain access to and download confidential Nintendo files related to the company’s consoles and games.

That stolen data, which included pre-release information about the anticipated Nintendo Switch console, was leaked to the public, sparking an investigation by the Federal Bureau of Investigation.

The FBI tracked Hernandez down to his parents’ house in October 2017 and let him off with a warning, but it wasn’t too long before the youngster threw away the second chance he was generously offered. Within nine months Hernandez was back to his old tricks, illegally accessing Nintendo servers and stealing confidential information.

Hernandez leaked the stolen information to others online via a chat forum he had christened “Ryan’s Underground Hangout.” There, the egotistical hacker discussed Nintendo products, shared confidential information he had stolen from people with actual talent, and highlighted possible Nintendo network vulnerabilities.

Far from displaying any guilt over his illicit activities, Hernandez brazenly boasted about his cyber-exploits on social media platforms, including Twitter and Discord.

Hernandez’s malicious hacking spree was curtailed in June 2019 when FBI agents seized from his home the computers, hard drives, and circumvention devices he used to access pirated video games and software.

A search of the devices revealed thousands of confidential Nintendo files and a sickening insight into Hernandez’s disturbing sexual predilections.

The US Department of Justice stated: “Forensic analysis of his devices also revealed that Hernandez had used the internet to collect more than one thousand videos and images of minors engaged in sexually explicit conduct, stored and sorted in a folder directory he labeled ‘Bad Stuff.'”

In a US District Court in Seattle, Washington, on Friday, Hernandez pleaded guilty to computer fraud and abuse and to possession of child pornography. Hernandez, who will now be required to register as a sex offender, agreed to pay $259,323 in restitution to Nintendo.

Hernandez will be sentenced on April 21.