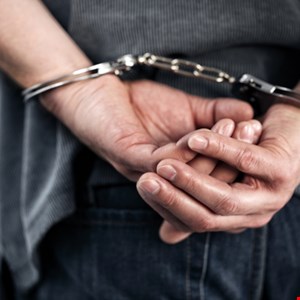 A Kentucky resident charged with human trafficking and the online promotion of underage sex workers has been accused of creating fake social media profiles to contact victims and dissuade them from testifying against him.

Nigel Nicholas was first arrested in February 2018 and charged with two counts of human trafficking and one count of promoting two or more sex workers. According to arrest reports, the 53-year-old Louisville resident sold sex with underage teens, which was advertised on Backpage.com and other websites.

Backpage and its affiliated websites were seized in April 2018 as part of an enforcement action by the Federal Bureau of Investigation.

Nicholas allegedly worked in cahoots with a woman named Abigail Varney, profiting from the sale of the teenagers’ bodies. He is said to have paid for a hotel room in which the transactions were carried out and for props that were used to make the notices advertising the teenagers more appealing.

The alleged human trafficker, who was out on bail, was arrested again on Friday in Louisville for using “deception and fraud to coerce the victim, offering both finances and property in exchange for a retraction of allegations,” according to a news release.

Nicholas is accused of paying someone to come to Kentucky from Texas and help him put pressure on one of his alleged victims not to testify against him. The victim was allegedly offered an apartment, car, and money in return for keeping their mouth shut.

A further accusation now being waged against Nicholas is that he created fake social media pages to contact the victim.

Nicholas now faces an additional charge of tampering with a witness, a Class D felony. As a result of the new charge, $20,000 has been added to Nicholas’ initial $10,000 bond.

In a statement released on Saturday, Attorney General Daniel Cameron said: “Our Cyber Crimes Unit is committed to partnering with local, state, and federal law enforcement to apprehend human trafficking criminals who attempt to intimidate and coerce witnesses.

“I am grateful to our hardworking investigators and law enforcement for their diligent work on this case.”