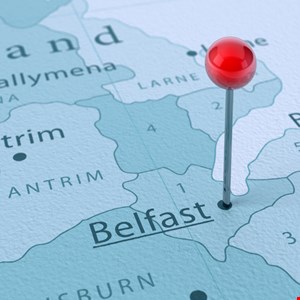 A subsidiary of American insurance giant Aflac is to open a global IT and cybersecurity center in the Northern Irish capital city of Belfast.

City Quays is currently being constructed on a 20-acre stretch of ex-shipping land in Belfast City Centre. Upon completion, the development will boast office spaces, leisure facilities, a four-star AC Hotel by Marriott Belfast, retail spaces, and multi-story parking.

Aflac Northern Ireland is a subsidiary of Georgia-headquartered Aflac Incorporated, which provides supplemental health insurance to customers in the US and Japan. The company, which is ranked at 143 on the Fortune 500 list, announced plans to invest in Northern Ireland in October 2019.

Baker McKenzie was the first tent to move into the office space within City Quays in June 2015. In 2018, the company leased an additional floor of space to accommodate its growing business.

O’Neill said: “There are currently over 5,500 workers based in City Quays and Clarendon Dock, and our ambition is that City Quays on completion will accommodate 13,000 people living and working on Belfast’s waterfront.”

Dodd said: “Not only is it a direct result of the skills and talent available here, but it is also an indicator of the strength and vibrancy of the local IT sector, particularly in the field of cyber security.”