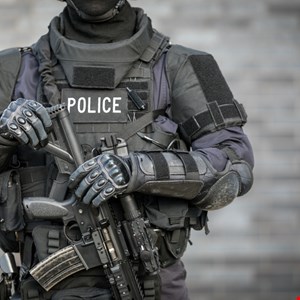 A 19-year-old American man has been arrested for allegedly engaging in a six-year cybercrime wave that involved swatting, computer fraud, and the stalking of multiple victims, including a New York schoolgirl.

Tristan Rowe was arrested on February 12 after allegedly threatening to kill one victim and bomb their school. Cops say he sent multiple disturbing messages to the victim, including one depicting a knife accompanied by the words “you don’t deserve to live.”

Another chilling message allegedly sent by Rowe showed a detailed map from Tennessee to a victim’s home address in the Bronx, New York.

Rowe, who refers to himself as Angus, is alleged to have engaged in a persistent online stalking and harassment campaign against one particular victim. Police say he hacked online accounts belonging to the victim and to members of their family and even hacked into the computer systems of the victim’s former high school to interfere with the grading system.

Tennessee resident Rowe is further accused of orchestrating multiple incidents of swatting, sending armed police to respond to false reports of an emergency at a victim’s residence.

One such incident, brought about by 19-year-old Ohio gamer Tyler Barriss, resulted in the death of Kansas father 28-year-old Andrew Finch, who was shot and killed by a member of the responding SWAT team in 2017. Rowe allegedly used this potentially fatal tactic not only to terrorize his intended victim, but also to stage swatting incidents at the homes of the victim’s friends and family.

In a message that demonstrated he was fully aware of the danger to life caused by swatting, Rowe allegedly told the victim, “Your choice u can wind up dead cause the armoured cops will come raid u.”

Cops say that evidence obtained from Rowe’s computer indicates that he conducted a number of computer intrusions of government and private-sector websites. They say Rowe was planning to compromise, or had already compromised, an inmate tracking website used by federal and local law enforcement, a police department website, the website of a hospital in New York, and a website for a state Department of Motor Vehicles.

Rowe has been charged with one count of cyberstalking and one count of unauthorized access to a computer. He faces a ten-year custodial sentence if convicted on both counts.