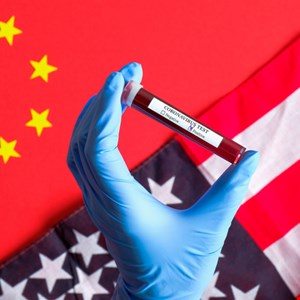 The United States Department of Homeland Security and the Federal Bureau of Investigation are reportedly on the brink of issuing a cybersecurity warning over the alleged theft of COVID-19 vaccine data by state-backed threat actors.

According to the New York Times, the warning will allege that cyber-criminals supported by the People’s Republic of China are actively trying to steal American research in a bid to develop vaccines and treatments for the novel coronavirus.

The newspaper claims that a draft of the warning states that China is on the grab for “valuable intellectual property and public health data through illicit means related to vaccines, treatments and testing.”

The warning, which the paper rather vaguely claims “officials” said will be “issued in the days to come,” is expected to focus on cyber-theft and malicious action by nontraditional actors. The term “nontraditional actors” refers to students and researchers who steal data from inside academic and private laboratories.

Should the warning materialize, it will follow in the wake of the recent alleged cyber-attack on Gilead Sciences Inc, makers of the FDA-approved coronavirus treatment drug Remdesivir. Reuters reported on May 8 that hackers believed to be from Iran had targeted staff at the company with a phishing attack.

Ohad Zaidenberg, lead intelligence researcher at Israeli cybersecurity firm ClearSky, said attackers impersonated journalists over email in a bid to compromise the email accounts of Gilead staff. Gilead did not confirm whether the attack had been successful or if one had occurred at all.

News of the imminent warning comes as the FBI’s Internet Crime Complaint Center (IC3) marks 20 years of tracking cybercrime. The center, which started life as the Internet Fraud Complaint Center but was renamed in 2002, logged its 5 millionth complaint in March of this year.

A spokesperson for IC3 said: “All that data has improved the public’s awareness of online crimes and helped the FBI and other law enforcement agencies better address internet-enabled attacks, fraud, thefts, and scams.”

In its first full year of operation, the IC3 logged 49,711 complaints, most of which involved internet auction fraud, non-delivery scams, and a certain fake phishing email from a Nigerian prince.

“People still fall victim to that letter and versions of it,” said IC3 chief Donna Gregory. “We still see scams that involve lotteries or windfalls where the victim just needs to pay what they believe are taxes or some fee to receive the winnings or a share of the fortune.”

New Tool Can Jailbreak Any iPhone and iPad Using An Unpatched 0-Day Bug
Two years later, has GDPR fulfilled its promise?
Chrome 83 arrives with enhanced security and privacy controls
China’s food delivery giant Meituan hits $100B valuation amid pandemic
These things may be cool, but are they safe?