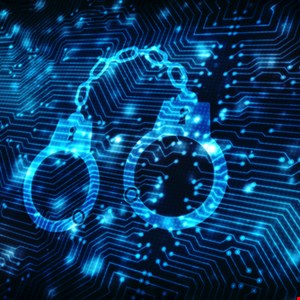 The 40-year-old one-time CEO of a Utah tech company is serving a custodial sentence after downloading over 13,000 images of child sexual abuse, bestiality, and rape.

Douglas Eugene Saltsman was sentenced yesterday to 210 days in prison and 48 months of probation by Utah 3rd District Judge Douglas Hogan after being convicted on three felony charges of sexual exploitation of a minor.

Addressing the virtual court, Saltsman said he had sought help from a psychiatrist after recognizing that he had illegal sexual tendencies.

The former CEO of the now defunct blockchain and cryptocurrency company Saltmine said he was unable to control himself despite being put on medication and enrolled in therapy.

Utah’s Internet Crimes Against Children Task Force raided Saltsman’s Sandy home on May 7 last year. A search of his laptop, computer, an SD card, and an SSD storage device turned up more than 13,000 files containing images of graphic sexual abuse.

One of the files consisted of a compilation video of girls from the ages of 3 to 8 years old being bound and raped. The files were seized and sent to the National Center for Missing and Exploited Children’s law enforcement clearinghouse in a bid to identify the victims.

Saltsman initially faced 11 felony counts of sexual exploitation of a minor, but in March 2020 he agreed to plead guilty to three felonies in exchange for the dismissal of the remaining seven charges.

Under the terms of the deal, Saltsman could only be handed the maximum recommended sentence for a first-time offender set 14 years ago by the Utah Sentencing Commission—210 days in jail and four years on probation.

An online petition to recall Judge Hogan has been signed by 114,000 people who felt Saltsman’s sentence was too lenient and were presumably unaware of the agreed-upon deal.

Saltsman’s sentencing comes just weeks after the former director of operations for Salt Lake City Airport, 69-year-old Randall Darwood Berg, was charged with 25 counts of sexual exploitation of a minor.

Berg, of Draper, is accused of possessing approximately 50,000 images of child sexual abuse. His residence was searched following the submission of eight separate Cybertip reports to the NCMEC alleging Berg was storing illegal files on a Google Photo account.