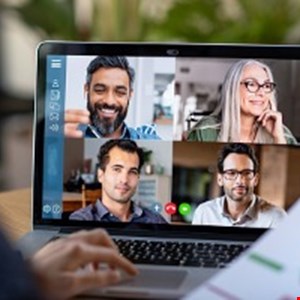 Zoom has risked alienating security and privacy advocates by announcing that only its premium service will feature end-to-end encryption, in order for it to comply more easily with FBI access requests.

CEO, Eric Yuan, reportedly said on an analyst call yesterday that the entry-level version of the hugely popular video conferencing app would effectively not be as secure as its paid equivalent.

“Free users for sure we don’t want to give [end-to-end encryption] because we also want to work together with FBI, with local law enforcement in case some people use Zoom for a bad purpose,” he said.

The stance sets the platform apart from many tech companies like Apple and Facebook who are doubling down on end-to-end encryption on devices and for messaging, even in the face of vehement opposition from governments.

US attorney general William Barr and FBI director Christopher Wray have taken up where their predecessors left off in demanding that tech firms engineer de facto backdoors into their products to allow law enforcement to access communications of suspects.

Encryption experts, meanwhile, agree with Apple and others in saying it’s impossible to do so without degrading security for all users.

Yuan’s comments would also seem to be at odds with the firm’s commitments made back in April to improve trust, security and privacy for all users.

It effectively means that only those who can pay for it are provided with the most secure form of encryption.

The irony is that Zoom has brought on board numerous big-name cryptography and security experts to bolster its image and improve the security of the platform.