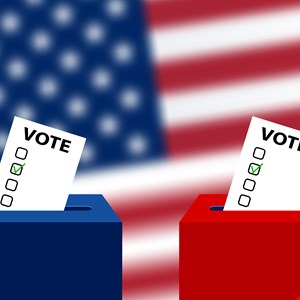 Facebook has started labelling content from state-controlled media outlets as part of an ongoing push-back against misinformation and coordinated propaganda on the platform.

Promised last October as part of the social network’s efforts to combat attempts to influence US elections, the firm will put clear labels on content from such outlets in its Ad Library Page view, on Pages and in the Page Transparency section.

The firm will also be blocking ads from state media in a month or two “out of an abundance of caution to provide an extra layer of protection against various types of foreign influence in the public debate ahead of the November 2020 election in the US,” said Facebook head of cybersecurity policy, Nathaniel Gleicher.

He explained that Facebook had consulted 65 media, governance and human rights experts around the world to draw up the criteria for what constitutes state-controlled media. It goes beyond funding to examine whether editorial control is being exerted by a government.

Factors such as editorial guidelines, ownership structure, info on newsroom leadership and governance and accountability mechanisms were all taken into account.

News organizations wanting to claim independence must be able at a minimum to demonstrate established procedures, processes and protections and a statute in the country to protect editorial independence; as well as an independent assessment by a credible third-party organization that the statute has been complied with.

Last year, Chinese state-owned news channel CGTV was forced to register as a foreign agent in the US after pressure from Washington.

It will be a tense few months coming up for social media platforms as both sides of the political debate complain of bias against them. Most recently, Twitter has drawn the ire of Donald Trump by placing fake news labels on his tweets and by hiding one post made during recent riots for incitement to violence.

That same post, which repeated an infamous phrase first uttered by a racist 1960s police chief about looters, was controversially left untouched on Facebook, prompting dismay from civil rights leaders and employees.