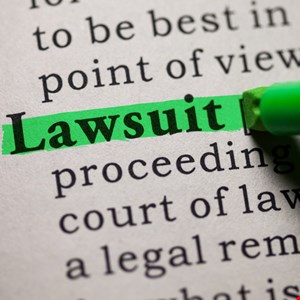 Rebekah Vardy is suing Colleen Rooney after the latter accused the former of leaking private information to a British tabloid.

The women, who are both married to British soccer players and used to socialize together, fell out last year. Their public spat took place over Twitter.

In a lengthy post published on October 9, Rooney stated that a mysterious mole in her friendship group had been handing information “about me, my friends and my family” over to The Sun newspaper “for a few years.”

Determined to discover who was blabbing, amateur sleuth Rooney narrowed down the source of the leak to someone whom she had trusted to follow her on her personal Instagram account.

After forming a suspicion as to the mole’s identity, Rooney came up with a plan to test her theory.

“I blocked everyone from viewing my Instagram stories except ONE account,” wrote Rooney. “Over the past five months I have posted a series of false stories to see if they made their way into The Sun newspaper. And you know what, they did!”

Phony stories Rooney used as bait included a tall tale that her house had flooded and a story that she and her husband were traveling to Mexico for medical assistance to get pregnant with a female fetus.

“I have saved and screenshotted all the original stories which clearly show just one person has viewed them,” wrote Rooney. “It’s Rebekah Vardy’s account.”

Rooney’s status as a WAG (a term for footballers’ wives and girlfriends) and her impressive detective work earned her the nickname ‘Wagatha Christie’ in the British press.

According to the Independent, Rebekah Vardy has now issued a claim of libel against Colleen Rooney. In the claim, Rooney is accused of publishing false statements that were damaging to Vardy’s reputation.

Court records reveal that Vardy filed a claim in the High Court on June 12 for “defamation—libel and slander.”

Rooney previously offered to meet Vardy in person to resolve the issue. Her lawyers said she found Vardy’s decision to start legal proceedings “disappointing” and thought that the former model could put her time and money “to better use.”