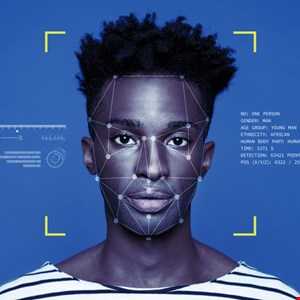 The Facial Recognition and Biometric Technology Moratorium Act of 2020 was introduced yesterday by Senators Ed Markey and Jeff Merkley.

If passed into law, the wide-sweeping bill would make federal funding for state and local law enforcement agencies contingent on the implementation of similar tech and surveillance bans.

Markey said the bill would prevent the use of technology that poses a physical threat to minority groups residing in the United States. In the Massachusetts senator’s opinion, banning the police from using such tools is the “only responsible thing to do.”

“Facial recognition technology doesn’t just pose a grave threat to our privacy, it physically endangers Black Americans and other minority populations in our country,” Markey said in a statement.

“As we work to dismantle the systematic racism that permeates every part of our society, we can’t ignore the harms that these technologies present.”

The bill proposes making it unlawful for any federal official or agency to “acquire, possess, access or use” biometric surveillance technology in the United States. It further prohibits the use of federal cash to procure this type of technology.

Use of this type of surveillance technology is not prohibited entirely under the new bill but would only be allowed if exercised with extreme caution and in adherence to a federal law containing a long list of provisions.

Cynics might conclude that the timing of the bill’s introduction, in the wake of protests triggered by George Floyd’s death and in an election year, was motivated by political gain.

The Pinellas County Sheriff’s Office in Florida has been using FACES (Face Analysis Comparison and Examination System) for two decades. And, according to a 2019 report by the United States Government Accountability Office (GAO), the FBI has logged more than 390,000 facial-recognition searches of federal and local databases since 2011.

Various civil liberties and human rights groups including Amnesty International and the American Civil Liberties Union have been campaigning for surveillance technology to be banned for years on the grounds that it infringes upon people’s constitutional freedoms and is marred by racial and gender bias.